Colin Edwards Is A Forever Man..... 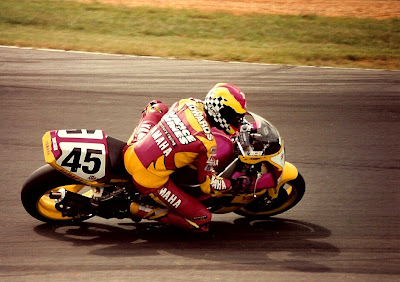 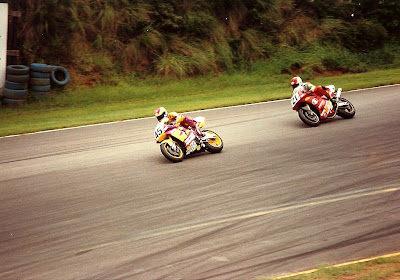 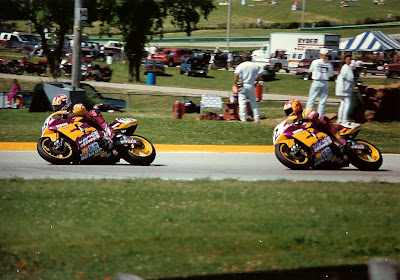 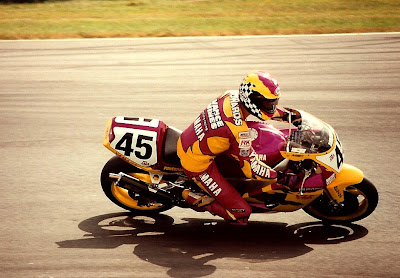 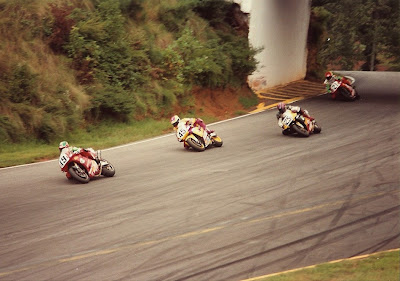 Great news for Colin Edwards and for his fans came from a story from the great folks
at http://www.crash.net/ from across the pond the other day that pretty much confirms that
Colin Edwards pretty much has a job for life with the Herve Poncharal-owned Tech III
Monster Energy Yamaha team. The team owner confided that the relationship with
The Texas Tornado and the team has been wonderful, as have been the results, plus
with Ben Spies coming on for the 2010 season to help firm up Team Redneck--or Team
Texas should you prefer--the number one satellite team in the MotoGP paddock has
a great future as well. And should CE take up Mr. Poncharal on that offer the team will
have a solid leader down the road to take them into the depths of the decade in top form.
You can check the story out here while you are checking out the shots for the day:
http://www.crash.net/motogp/news/155188/1/tech_3_wants_edwards_forever_future_test_rider.html
And to fill you in a little more on CE's background check this out:
http://en.wikipedia.org/wiki/Colin_Edwards
After having won the '92 AMA 250GP Championship, The Texas Tornado made his move up
the ladder and joined the Vance and Hines Yamaha Superbike team for the '93-'94 seasons,
where he finished a respectable 6th and 5th those seasons, while also going on a roll by winning
3 of 4 of the final events in the '94 season. By '95, he jumped across the pond to field
a Yamaha Factory mount in the World Superbike, and won his first WSBK Championship
in '99, and following it up with a second crown in'02 while riding for the British-based
Castrol Honda team. Since the '03 season, Mr. Edwards has been a regular top 5-6
performer in the MotoGP series, capping it off with a 5th place finish this year, the first
'non-full factory' man in the championship. A deed hard and well earned against the
best in the world.
Having watched the man win and compete since the early '90s, I have become a big fan
of the double 'T' and am thrilled he has done so well over the years. The shots I have thrown
in today are of CE from the '94 season at Road America in Elkhart Lake, WI. as well as Road
Atlanta in Braselton, GA.
The top shot we have of Colin coming into turn 7 at Road Atlanta during qualifying for the
season ending event that year. We follow that with a picture of Colin leading Pascal Picotte
on the Fast By Ferraci Ducati as they come out from under the bridge down the hill into
the last turn during the final. We then have a shot of Colin leading his team mate, Jamie
James, the '89 AMA Superbike Champion on his #2 Vance and Hines Yamaha as they head
into turn 14 during the final that w/e. Several laps later, CE would bin it coming out of this
turn. We then have another shot of Colin in qualifying at Road Atlanta, and we finish out with
CE in the middle of a pack that includes team mates on the Fast By Ferraci Ducati #21 Pascal
Picotte, eventual '94 AMA Superbike Champion Troy Corser on his #19, and Dave Sadowski
on his privateer Ducati. This shot is also during the Road Atlanta season ender finale as they
come out from under the downhill run bridge.
Congrats to The Texas Tornado on this announcement and to all he has given us race fans over
the years to cheer for and be proud of. And to the man who coined the Team Redneck term
for himself and Ben Spies for the 2010 MotoGP season, go get 'em dude, and thanks for all of
the great memories and rides. You truly rock!
And thanks to all of you for dropping in to say high and spending your time with Stu's Shots.
You rock too!!
Posted by Stuman714 in Indy at 7:05 PM