A Tribute to Cal Rayborn... 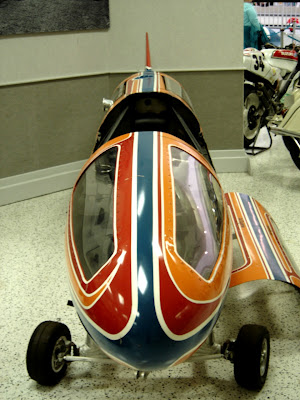 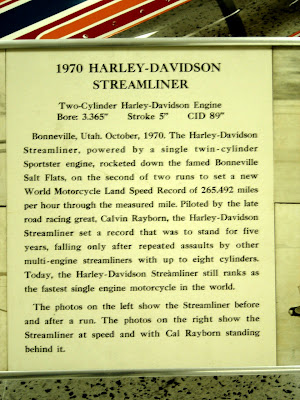 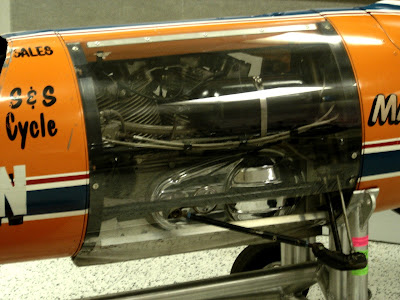 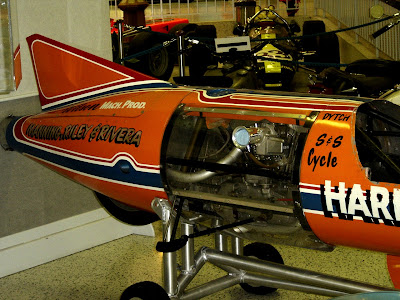 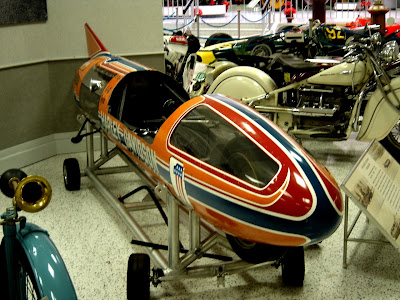 Cal Rayborn was one of America's greatest road racers and dirt trackers to ever hit
the track. From the time I first got into this flat track and road race thing, in early '74
for the sake of argument, I had heard of the exploits of one Mr. Rayborn, the type of racer
and person he was, and what a sheer master he was on the track.
December 29th marks the 36th anniversary of his demise, and Dean Adams over at his
great site http://www.superbikeplanet.com/ has a very poignant story and article about the
late and great Mr. Cal Rayborn that is a must read for any and all motorcycle race fans.
Please take the time to check it out here:
http://superbikeplanet.com/2003-Dec/031229b.htm
Thanks again Dean for a great historical look at one of our heroes of this wonderful sport.
I threw in the shots above that I took of 'the' streamliner that is talked about in the article.
This little piece is now on display at the Indianapolis Motor Speedway Museum.
In late 1970 this machine was used to break the land speed record that held for some five
years. The pilot--Cal Rayborn. So journey on to those wonderful days of yesteryear and
take a look and a read on this piece of motorcycle racing history. And I added a couple of links
below for you to read more about this man who touched the sport in the mid-late '60s until his
too-early demise in late '73. RIP Cal Rayborn and thanks for setting and keeping the bar
so high!
http://www.motorcyclemuseum.org/halloffame/hofbiopage.asp?id=76
http://en.wikipedia.org/wiki/Cal_Rayborn
Posted by Stuman714 in Indy at 1:57 PM