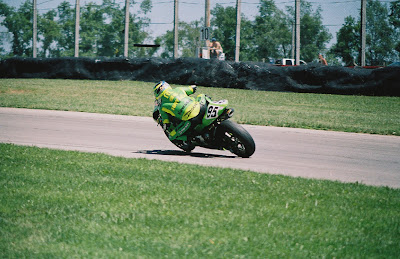 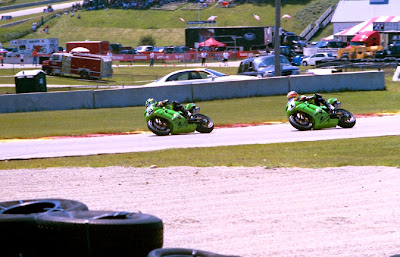 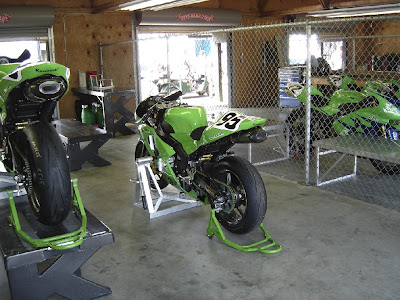 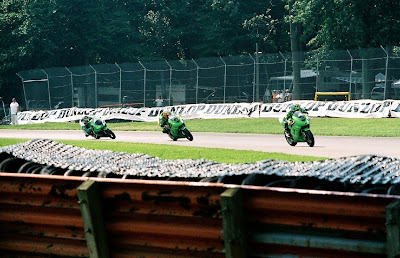 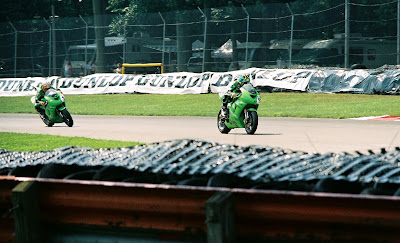 With the current fall out in not only the economy, but with the DMG-run AMA Road
Racing series in the U.S., there is still a pretty big list of big name riders without rides
or contracts for the upcoming 2010 season. Both Honda and Kawasaki announced well
before the end of 2009 that they would not be contesting the series in 2010 in any form
and DMG announced that they would be cutting purses further in the new season, so the
dominoes have been falling at an alarming rate for the U.S. series.
One more rider who won't be sweating the fall out any longer is Roger Lee Hayden, as he
announced over the weekend that he would be contesting the World Superbike Championship
on a Kawasaki ZX-10R based superbike for Pederceni Kawasaki. Having raced on and for
Kawasaki now for several years, and having clinching the 2007 AMA 600 Supersport
Championship for the factory team, this could prove to be a great career step for Roger.
Unknown as of this writing is the level of support the team will receive from the factory,
which could play a big part in how big of an assault they will be able to make on the world
scene. We wish Team Pedercini and Roger Lee the very best of luck for the upcoming season
and we will be watching closely at their progress throughout the year. You can read the official
releases below thanks to Dean and his bunch at http://www.superbikeplanet.com/ as well as read up on the Pedercini team from the official link from them as well:
http://superbikeplanet.com/2010/Jan/100102a.htm
http://superbikeplanet.com/2010/Jan/100102b.htm
http://www.teampedercini.com/
While you are reading up on this great piece of news for Roger, the pics for today's news come to
you from Mid Ohio and Road America in the '05 AMA 600 Supersport season.
From the top is Roger in practice on his ZX-6 based 600 #95 during practice for the 600 race
later in the weekend. Then we see Roger leading his older brother Tommy on the #1 going in
to turn 14 at Road America during the 600 final. We then get to take a look at Roger's race
mounts in the paddock at Mid Ohio. Sitting in the next stall over are Ben Attard's #12
600 and FX mounts as he ran for Attack Kawasaki that year.
The last two shots are from the 600 final at Mid Ohio, and we have Roger leading his brother
Tommy on the #1 mount in both shots, with Ben Attard in tow in the fourth shot on the #12
Attack Kawasaki 600 Supersport machine.
Thanks again for coming by to see us again for the 2010 year, we thank you for your continued
support and following and we look forward to sharing more news and info as well as more of Stu's Shots in the upcoming season. God Bless, have a great one, and Happy New Year to all!
Posted by Stuman714 in Indy at 9:17 PM