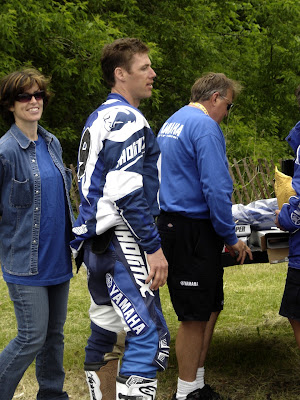 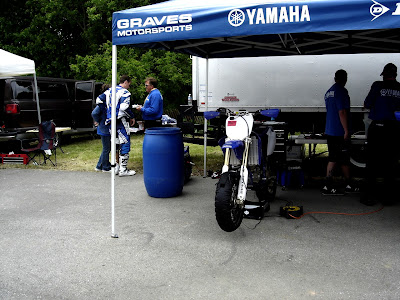 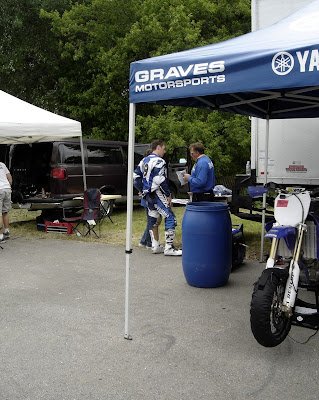 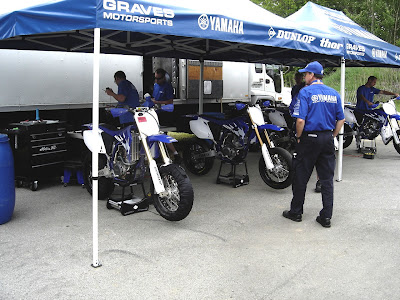 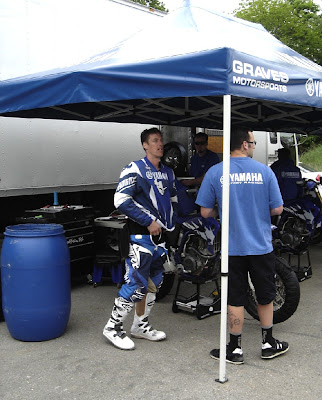 Multi-time AMA Motocross and Supercross Champion Doug Henry, who was paralyzed in
an AMA Supermoto event back in March of '07, is scheduled to race the SnoCross Adaptive
event at the ESPN X-Games this coming weekend in Aspen, CO.
Having suffered a career ending crash back in '07, Doug has been busy not only with his
rehab schedule, but with some off-road riding as well. He has been riding a special motocross
bike that was adapted to his lower paralysis injury that shows that he hasn't lost any of his touch
since his injury. You can see the video of Doug practicing below as well as Doug's bio as supplied
by the AMA Hall of Fame from his induction in 2005. I've also thrown in some basic links
on the X-Games, an interesting article about the Adaptive series, and some more info on Doug as well:
http://espn.go.com/action/xgames/winter/2010/snowmobiling/news/story?page=adaptive-snocross-mike-schultz
http://www.motorcyclemuseum.org/halloffame/hofbiopage.asp?id=377
http://www.healclothing.com/blog/2009/11/14/doug-henry-riding-video.html
http://www.youtube.com/watch?v=9ItYINHMg7Y&feature=related
We wish Doug the very best not only for this upcoming event this weekend, but in his
quest to come back from such a severe injury as well. A fierce competitor who was truly
one of the nice and fast guys in the sport, it will be good to see him in competition again!
The shots attached to today's post are from the Road America round of the AMA Supermoto
competition in June of 2005, a little over a year and a half before his injury. These are a general
offering of Doug in the pits with his Graves Motorsports Yamaha team including Team Yamaha racing manager Keith McCarty off to the side of the transporter, Doug's supermoto tuner under
the awning in another, as well as his lovely wife Stacy during the weekend's event that was run in conjunction with the annual AMA Road Race at Elkhart Lake's scenic track.
Update Tues. 2/2/10:
Doug ended up finishing 3rd and medaled in the competition over the w/e. Congrats to Doug and you can see the results here:
http://cyclenews.com/articles/industry-news/2010/02/02/doug-henry-medals-at-winter-x
http://espn.go.com/action/xgames/winter/2010/snowmobiling/news/story?page=winter-x-games-14-snowmobile-snocross-adaptive-results
Posted by Stuman714 in Indy at 4:00 PM