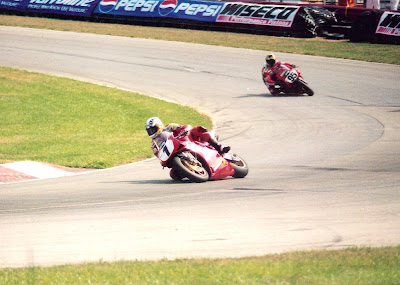 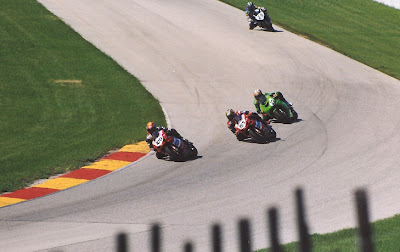 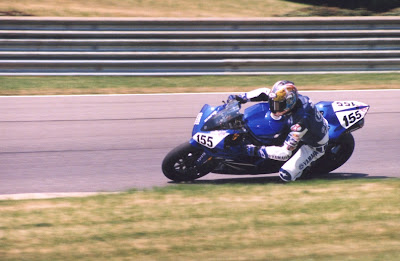 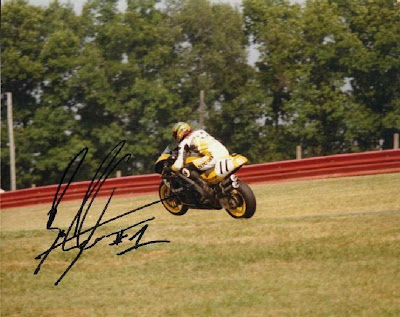 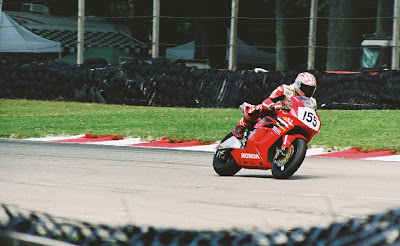 Former '98 AMA Superbike and '08 AMA SuperSport Champion Ben Bostrom has been confirmed to ride a Pat Clark Motorsports Yamaha R1 in the 2010 AMA Superbike Series.
With all of the late announcements due to not only the economy but the past dealings with
the AMA/DMG folks, it's good to see a rider of Ben's caliber-and personality-back in the
paddock again for the upcoming season. Although the fields could be slim this year due to
the 'downsizing' of not only the series and the payouts, hopefully with the major changes
announced with the AMA between the holidays the series will still have the chance of being turned around from the debacle of the '09 season. But that is another story for another time...
This is about Ben, and being able to see what is now one of the 'elder' statesmen in the series
returning for the 2010 season can only be good. Besides raising the level of competition on the
track, he brings a level head in terms of safety and sheer ability. Not to mention a great
personality to go along with. And returning on a Yamaha, albeit a satellite effort, should help
to keep Ben up towards the front of the field. Bravo and it will be good to see him back!
Thanks to the great folks at http://www.cyclenews.com/ and http://www.roadracingworld.com/ for the links to the official team releases below!
http://cyclenews.com/articles/road-racing/2010/01/18/bostrom-s-team-all-set
http://roadracingworld.com/news/article/?article=39127
While reading up on the official releases, the shots for today's updates are various shots of
Ben Bostrom over the course of the last 13 years or so.
From the top we have Ben leading on the #1 Vance and Hines Ducati over his team mate
Anthony Gobert on the #95 early in the superbike final at Mid Ohio in July of '99. Ben won
the '98 AMA Superbike Championship while riding for Team Honda, hence the #1 plate instead
of his more recognizable 11/155 number plate as he has or had raced with for over a decade and
a half now.
Next up is a shot of Ben on the #155 Parts Unlimited Ducati chasing his team mate #100 Neil
Hodgson during race one of the Road America weekend in 2006. This was shot in the turn 7 area as they also battle with the #22 Team Kawasaki effort of Tommy Hayden and the #20
Team Yoshimura Suzuki effort of Aaron Yates.
Then we see Ben qualifying his Graves Motorsports Yamaha R1 Superstock machine for the '07
event at Barber Motorsports Park in Alabama.
One of Ben's very first superbike rides is next as he catches some air during practice for the '97
AMA Mid Ohio Superbike event while riding the Honda RC-45 of Team Zero Gravity. His
ride this weekend and the rest of the year helped him garner the Team Honda ride for '98.
And last but not least we see Ben on the Team Honda CBR1000RR during race one of the Mid
Ohio AMA Superbike event of 2004.
Congrats to Ben Bostrom for the new ride and we look forward to seeing you on the track again
here in the States for 2010!
And thanks to you for coming by and sharing your time with Stu's Shots. You rock!!
Posted by Stuman714 in Indy at 4:14 PM