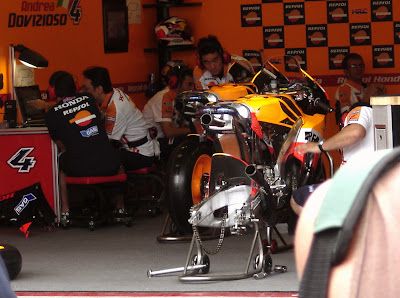 With no break in the pattern setting in, the '07 MotoGP Champion led all three free practice sessions for race one this weekend at the Losail Circuit, and looks to be at the very least the pre-race favorite going into tomorrow afternoon's qualifying session at 1255 EDT. Team mates Dani Pedrosa and Andrea Dovizioso rounded out the top three in the final practice session earlier this afternoon.

You can follow all the action this weekend and all year with Stu's Shots in the 2011 version of the MotoGP World Championship. We've provided a few links below to keep up with the action in MotoGP.

MotoGP.com's results and stats link, where you can click back and forth from session-to-session or even from year-to-year: