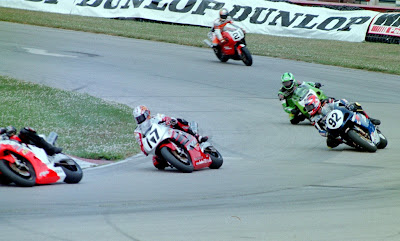 Just found this update over at CycleNews.com.

Aaron Yates' surgery went well and he has hard bones.

And now Brett McCormick's name is in the mix for a try-out with Team Jordan at the Infineon Raceway test at the end of the week. He is the rider that Pascal Picotte has been helping out in the Canadian Superbike Series as well as at Daytona a few weeks ago. Read it here: