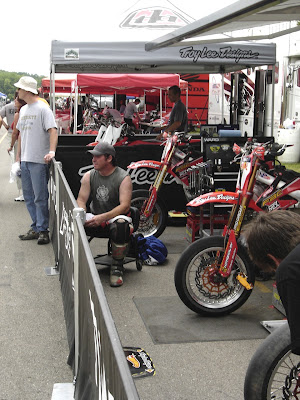 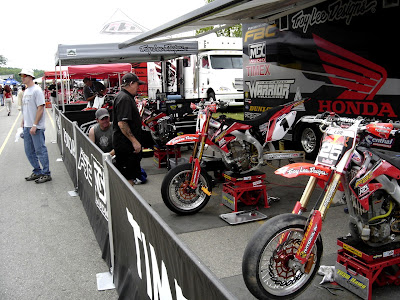 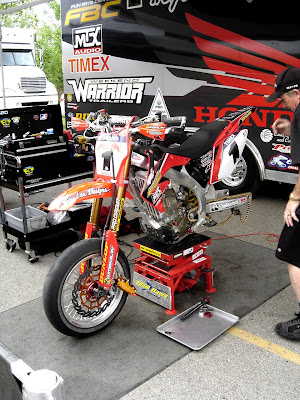 In more great news coming out of the home offices of AMA/DMG Pro Racing is the hiring yesterday of former multi-time AMA Motocross and '04 AMA Supermoto Champion Jeff Ward to the position of rider and team liaison and advisor beginning with the upcoming Fontana round of AMA Pro Road Racing scheduled for next weekend.
'Wardy' is a former racer who's personality and knowledge of the sport, demographics and fans will surely pay big dividends as the DMG-run series tries to turn the ship around from the pitiful season of 2009. With the improvements that were seen and heard at Daytona this is another big sign from the series bosses that they want to make nice and they want to make road racing and flat track work here in the States like it should without all the dumbing down that was experienced last year. Having that inside line will no doubt serve Jeff AND the teams, riders, and fans well.
Good luck to Jeff in this new venture, and we applaud and tip the helmet to the AMA and DMG folks for trying to get things straightened out after what all had to suffer through from last year. This should be most excellent and the buzz it has already created is humming right along!
-------------------------------------------------------------------------------------------------