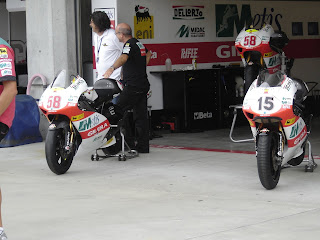 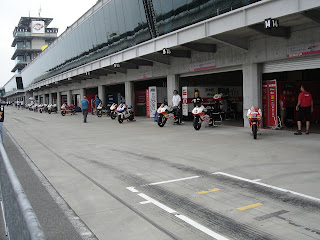 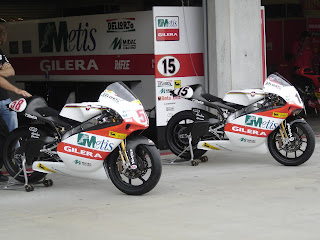 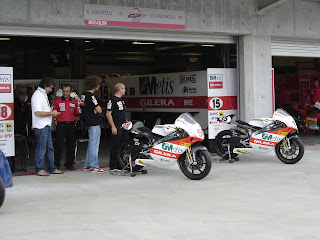 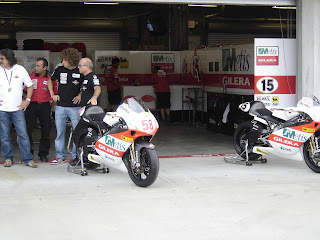 You are looking at some more shots of reigning World 250GP Champion Marco Simoncelli and his Team Gilera bikes, team and crew from the Indy round of the MotoGP Championship.
Simoncelli, who as reported in yesterday's post had qualified 8th in his maiden outing on a diesel Aprilia in Imola, pulled off a super 3rd place finish today in the 2nd of 2 races at the WSBK round in Imola, Italy. After binning it while running in the top 5 during the first race, Marco came back for a hard fought and worthy final step on the podium, all the while this being his first outing in race conditions on a diesel after racing for years in the European series on a 2 stroke. Great job Marco! Take a bow!!!