A BIG Domino Takes a Fall at the Hands of DMG/AMA Road Racing... 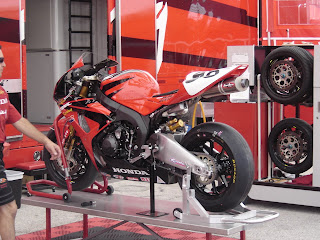 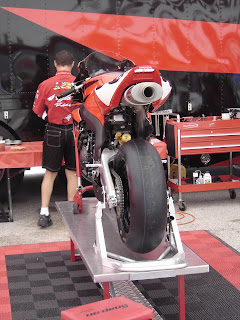 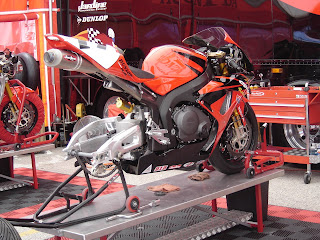 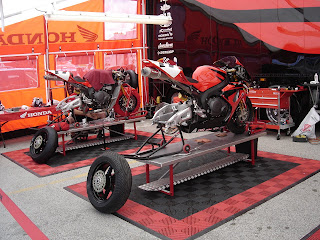 The following articles were posted yesterday by Dean Adams and his fine people from the SuperBikePlanet.com site as well as from the fine folks at CycleNews.com. It appears that after
putting up with the Damaged Motorcycle Guys running the AMA Road Racing series (into the ground) that Honda will no longer be supporting any of the classes beginning with the 2010 series--which now is still way off in the distance as no race schedules, tv schedules, and only a
small handful of rider contracts having been signed for the future.
The future for our beloved AMA Road Racing series is now officially looking even more bleak then what it did during this year. Read on, and you can make your own evaluations and form your own opinions based on what you see and/or read here and elsewhere over the course of
the last year or so:
http://www.superbikeplanet.com/2009/Sep/090918hondaout.htm
http://www.superbikeplanet.com/2009/Sep/090918hondaout2.htm
http://www.cyclenews.com/articles/road-racing/2009/09/18/honda-won-t-renew-corona-deal
http://www.superbikeplanet.com/2009/Sep/090919a.htm


And also from John Ulrich and his hard working people at RoadRacingWorld.com:
http://www.roadracingworld.com/news/article/?article=38148
http://www.roadracingworld.com/news/article/?article=38149
The attached shots were taken during the AMA round at Road America in Elkhart
Lake, WI., during the w/e events of June '06. They were taken in the paddock area
during the w/e events and feature the AMA Superbikes and FX bikes of Miguel
Duhamel's #17 and Jake Zemke's #98. Both bikes and riders claimed multiple
championships in the former AMA Road Racing series before the DMG-run take over
of late '07 and all of '08.
Looks like the only thing red now is the bleeding from the added fallout of people leaving
the series.......such a shame.
This is also starting to catch on to the followers--like myself--of the AMA Flat Track series--also run by the Damaged Motorcycle Guys--on the great site FlatTrack.com forum. Take a look see for yourself and add to your opinions and thoughts of the fallout beginning to ensue:

And just to show that I DO believe in showing both sides of a story, this was the 'official' release
from the AMA/DMG folks on their outlook and vision for the 2010 season:
http://www.amaproracing.com/rr/news/index.cfm?cid=23688

I gotta say at least they are taking away the pace bike/car/moving obstacle and also
doing away with the rolling starts. They do seem to have a wee bit of sense when it comes
to safety.....at least THAT is a partial relief!
Posted by Stuman714 in Indy at 8:02 AM