A Big Shout Out to Steve at Motorcycle Picture of the Day and 2 Stroke Biker Blog! 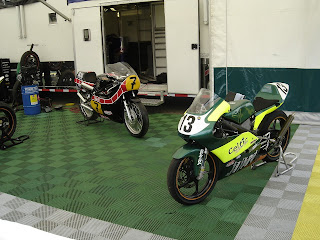 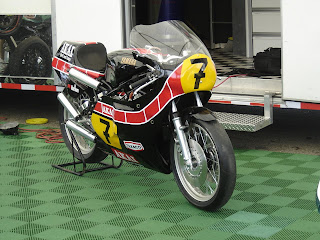 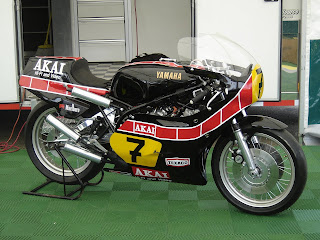 Well, obviously this is another VERY shameless plug for some of my stuff, but it is also to
take the time to plug Steve's work on both of his sites. I have to say thanks again to Steve at Motorcycle Picture of the Day and 2 Stroke Biker Blog for posting another one of my shots on both of his sites. This was a shot of Barry Sheene's early '80s TZ500 that I took at Mid Ohio
in '07 that was on display in the Celtic Racing paddock area.
Sweet stuff and thanks so much again Steve! You put in an incredible amount of time and work
on your stuff and it really shows! (People, if you haven't yet, you NEED to check Steve's stuff
out! Like Tony the Tiger used to say....'it's GREAAAAAAAAAAAAAAAAAAT!')
http://motorcyclepictureoftheday.blogspot.com/2009/09/barry-sheen-yamaha-coming-full-circle.html
http://2strokebiker.blogspot.com/2009/09/barry-sheen-yzr500.html