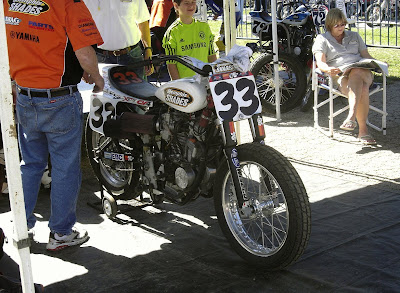 This is great news for the sophomore team comprised of Werner, 3-Time GNC Jay Springteen and current rider Bryan Smith. Adding another rider the caliber of JR to the team is big in terms of developing the still-new machine to the nuances of the AMA Flat Track Series. With Schnabel's experience in a multitude of different flat track racing platforms, his input to the team should really help them to amp up the development on the bike that much quicker now. And from the talk P.C. had with The Master Tuner to the Stars, he's going to have a travel companion now (they both live in Wisconsin and within a short distance of one another) for the race trips!

And thanks to Paul Carruthers at Cycle News.com for breaking the official news on this great story for us: