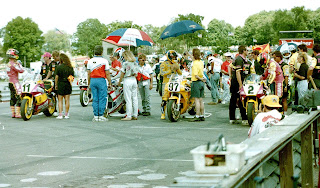 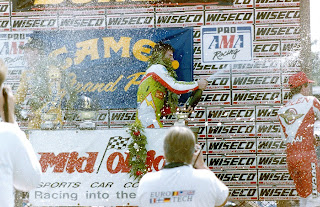 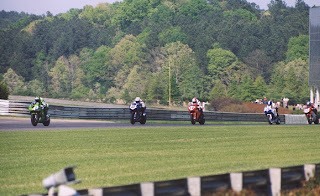 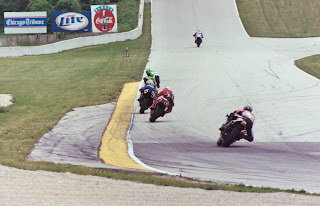 In what can only be viewed as a very positive turn of events, the AMA announced at the end of last week that they would be increasing the purse pay-outs and totals for the superbike class at Daytona, and will also be adding a second race for the superbike class as well. With all of the bad happenings in the AMA Road Racing scene in the last 18-20 months, this is another VERY positive step coming out of the headquarters of the DMG/AMA folks that will help to bolster the class and maybe even some fans. After announcing late in '09 that that purses would be cut again, after having done so early in the season, this is welcome news to the teams, racers and fans of the sport that has taken the some of the biggest hits of late in not only the retirement of 7-time champ Mat Mladin, but the loss of direct factory support from both Honda and Kawasaki. In what just after the start of the new year was looking like a pretty lean effort to run a series, the superbike class may be drawing more entries now with this great news.
You can read the news here thanks to the great people at http://www.superbikeplanet.com/ as well as http://www.roadracingworld.com/:
http://superbikeplanet.com/2010/Feb/100205-225.htm
http://roadracingworld.com/news/article/?article=39330
http://roadracingworld.com/news/article/?article=39332
It's still early and racing hasn't begun and won't until March 3rd, but we can only take this as a step forward after the series took several steps backwards last year in terms of prestige, continuity in safety and rules enforcement, as well as the general outlook from the rest of the world in how poorly the series was being perceived as a result. I consider this a big olive branch from the AMA folks in trying to get the series back in line as a major international series and hope that this is only one of the first steps in learning to crawl and walk again.
To highlight today's delayed news I chose a few pics from the Stu's Shots archives to help celebrate the great news from the AMA.
First off is the front row at Mid Ohio for the superbike final in August of '91. Eventual race winner and '91 AMA Superbike Champion #11 Thomas Stevens and his Vance and Hines Yamaha take up the far left outside pole and next to him his Fast Freddie Spencer on the Erion Brothers Two Brothers Racing #19 Honda RC-30. Spencer won the '83 and '85 500cc World Championships and added an '85 250cc World Championship to his tally as well. In the second slot is '91 Daytona 200 winner Miguel Duhamel on the Martin Adams Team Camel Honda RC-30 #97. Duhamel added to his Daytona 200 wins later in the '90s and '00s and also bagged the '95 AMA Superbike Crown as well. He's also won some 5-6 600 SuperSport Championships to go along with his wins. And on the far right side on the #2 Vance and Hines Yamaha is '89 AMA Superbike Champion and event pole-sitter Jamie James. Jamie also won the '90 Pro-Twins Championship and in '94 added the 600 SuperSport Championship to his resume as well.
Then the champagne starts to fly after the '92 AMA Superbike event at Mid Ohio as Tom Kipp-far left-representing the Martin Adams Team Camel Honda in 3rd, Thomas Stevens in the center from the Muzzy Kawasaki team and second on the day, and event winner Doug Polen from the Fast By Ferracci Ducati team.
We then go to Barber Motorsports Park in Leeds, AL., for the first lap of the first superbike race during the '07 season. The main group has flown by and Jamie Hacking on the #2 Team Kawasaki ZX-10R tries to keep them in sight. Coming along for the ride are #40 Jason DiSalvo on the Graves Motorsports Yamaha R1, #17 Miguel Duhamel on the Team Honda CB1000RR, Jake Holden on the Michael Jordan Motorsports GSXR-1000 and Matt Lynn on the #50 Fast By Ferracci MV Agusta M4 1000.
And bringing up the rear for today's shots list is from Road America in 2000 from out of turn 14 up the main straight. Mat Mladin on the #1 Team Yoshimura GSXR-750 has blasted away from this pack that consists of 3-time AMA Superbike Champion Doug Chandler on the Team Kawasaki ZX-7 #10. You can tell Doug as he looks over his left shoulder in the lime green leathers to see Tommy Hayden on the #22 Team Yamaha 750 keeping him honest. You can then still see the crash stains on the back of #82 Steve Rapp's leathers on the Vance and Hines Ducati 996 as he straightens it out onto the straight. The stains were from what is now the famous first lap, first turn get off he suffered the day before in race one. The pictures of that crash are pretty famous, and here are two short low quality videos of the melee:
http://noolmusic.com/google_videos/steve_rapp_crashing_the_ducati_996_ama_factory_race_bike_at_.php
http://vids.myspace.com/index.cfm?fuseaction=vids.individual&videoID=2031993272
The $250K factory superbike exploded and bounced like a superball and Steve was miraculously not injured seriously. And at the end of this conga line is Mr. Daytona himself, Scott Russell, the '92 AMA Superbike Champ and '93 World Superbike Champ. Throw in several AMA 750 SuperSport championships to that mix as well. And his five Daytona 200 victories. Scott was on the #4 Team Harley VR1000 that year and considering that this bike was always behind the curve for performance and keeping up with the grade, actually took it home to some 'decent' finishes. It wasn't the bike, believe me.
So we hope you enjoyed the great news, and the shots thrown in to help and get the celebration going. Hopefully this year will keep getting more positive and we will keep hearing good news out of the AMA Road Racing folks as the year progresses. Thanks for coming by to hang with us today and we hope you found something that will make you want to keep coming back. Take care and God Bless and have a great rest of the week!
Posted by Stuman714 in Indy at 5:54 PM