Jake Zemke Signs With Michael Jordan Motorsports for 2010 AMA Superbike Championship...and He Won't Be on a Honda! 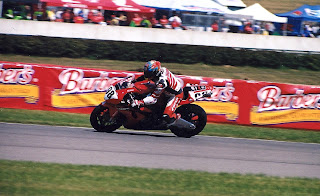 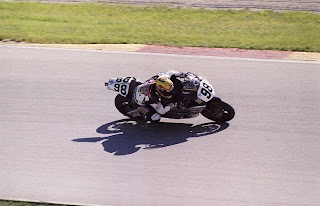 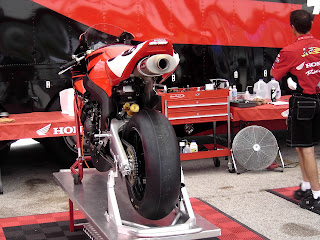 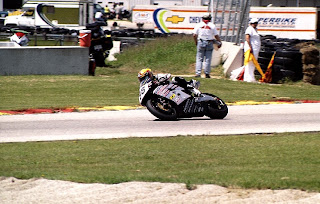 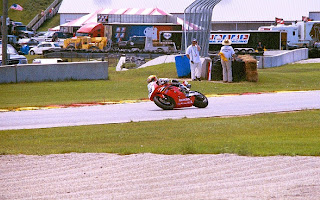 Having been involved in AMA Road Racing since the late '90s, Jake Zemke has raced Hondas almost exclusively since the early part of the last decade. Racing not only directly for the Team Honda/American Honda factory, but with Bruce Transportation and Erion Racing as well, Jake garnering won the '06 Daytona 200 in the Formula Xtreme class, as well as the '08 AMA Formula Xtreme Championship. From the CBR600RR to the big bore CBR1000RR in the superbike class, Honda has been Jake's weapon of choice for quite some time now.
A dawn of a new era in Jake's road racing career began this week when it was announced that he would be riding a GSXR1000 Suzuki for Michael Jordan Motorsports and it's sponsor The National Guard in the 2010 AMA Superbike Championship. Teaming with multi-time AMA Champ Aaron Yates, the '10 season will look decidedly different for not only Jake but the Michael Jordan team as well. But with big-name sponsor National Guard, and Jake's reputation of bringing it home, it can't but help the overall look of the series after having taken such a serious hit in the off season.
With the loss of direct factory support in the Honda and Kawasaki camps, the retirement of 7-time Superbike Champ Mat Mladin, the loss of a host of riders across the pond to European series and many others that are still searching for rides, the 2010 season will have a very different look. And with the second year of 'the new rules' under the DMG/AMA Road Racing umbrella, not much has changed as a result when it comes to Suzuki's filling out the grid and dominating the class at the top. At times the song DOES remain the same....
With Jake's experience not only in superbike, but in the Formula Xtreme and Supersport classes, the 2010 season just picked up a jump in it's step in regards to rider talent. After running in only the Daytona Sportbike class in the '09 season, this will mark Jake's return to the full liter class after a two year hiatus.
Always one of the guys with the biggest smile on his face, Jake was, before the massive rules changes for the '09 season, the last man to put a superbike on the top of the box other then a Suzuki. Jake won at Miller Motorsports Park in Utah during the '06 season while riding a CBR1000RR for Team Honda to break a stranglehold on the class that the big Suzuki GSXR1000 had held in the premier class for some time. And continued to hold until the end of the '08 season.
This should be an interesting transition year for Jake and for Team Jordan. We wish everyone the best of luck and look forward to seeing them on the box during the upcoming season. You can read the official releases here thanks to Paul Carruthers at http://www.cyclenews.com/ and to John Ulrich and his army of journos over at http://www.roadracingworld.com/. Without their efforts being able to bring you these official releases would be very difficult:
http://roadracingworld.com/news/article/?article=39299
http://roadracingworld.com/news/article/?article=39285
http://cyclenews.com/articles/road-racing/2010/02/01/zemke-to-suzuki
While you are viewing the news of Jake's signing this week, I'll fill you in on Stu's Shots choices for today's post.
Starting from the top is a shot of Jake on the Team Honda CBR1000RR at Barber Motorsports Park during practice for the April '07 round in Leeds, AL. Up next is Jake coming out of the carousel at Road America in '04 during practice for the June '04 round. Jake was riding for Erion Racing on the satellite-based team on a CBR1000RR with sponsorship from Parts Unlimited that year.
We then see a shot of Jake's Team Honda CBR1000RR superbike under the tent in the paddock area during the '06 round at Road America in Elkhart Lake, WI. We then go to another shot of Jake going into turn 14 at Road America while qualifying for the weekend's superbike event in June of '04. Jake was on the Erion Racing Parts Unlimited CBR1000RR this year.
Last but not least is another shot of Jake diving into turn 14 at Road America while riding the big CBR1000RR for Team Honda during one of the superbike practices over the course of the '05 weekend event.
Thanks again for stopping in and we look forward to you coming by to hang out with us again. Take care and have a great rest of the week!
Posted by Stuman714 in Indy at 4:31 PM