For Sale Across the Pond--You Can Own a Piece of Honda Motorcycling and Road Racing History.... 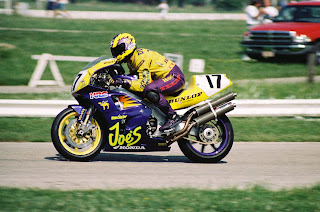 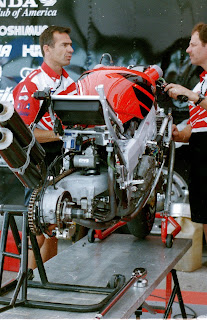 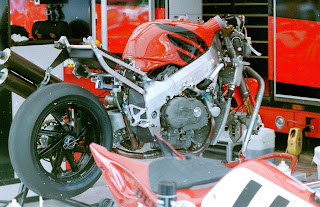 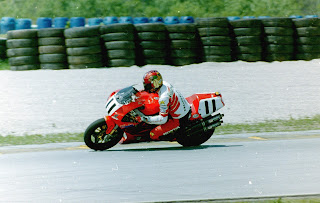 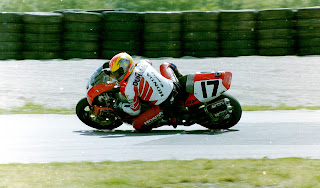 I came acrossed an interesting story over the weekend that a '2010' Honda RC-45 with ZERO miles on it was for sale. The link to the article is here thanks to the great people at www.motorcyclenews.com who posted it. Per the article, this zero miles model is for sale and you can own it now if you hurry, as I would imagine this one could go fast, if not already:
http://www.motorcyclenews.com/MCN/News/newsresults/General-news/2010/February/feb1210-0-mile-rc45-spotted-on-mcn-bikemart/?&R=EPI-122148
Probably one of the most exotic of race motorcycles to ever hit the track, the U.S. versions were said to cost in the neighborhood of $500K at their peak in '98 and '99, and put out close to 200hp in their finely tuned trim from the boys at Team Honda. The RC-45 reaped three major championships in it's glory, the '95 and '98 AMA Superbike Championships with Miguel Duhamel and Ben Bostrom, respectively, and the '97 World Superbike Championship with John Kocinski with the Team Castrol Honda folks. Duhamel also won the '96 Daytona 200 riding one of these exotic beasts.
Here are a couple of videos I found on www.YouTube.com from the good folks at Honda that chronicle the '97 World Superbike Championship and the assault that Kocinski and team launched on the world, including his then team mate Aaron Slight:
http://www.youtube.com/watch?v=kNxztuow9rw&feature=related
Link to '97 World Superbike race at Sentul with eventual '97 WSBK Champ John Kocinski battling with teamster Aaron Slight on the Team Castrol Honda RC-45's. Check it out:
http://www.youtube.com/watch?v=ZD5Sc2Ub7-Y&feature=related
To help celebrate such a fine piece of motorcycle road racing history, I've thrown in a few pics from the Stu's Shots files to showcase this fine piece of machinery and it's impact on racing, at leasst here in the States since I didn't make it across the pond to watch Johnny K bag 'em and tag 'em in '97.
First up is a shot as the '45' is most likely best remembered in the States, with sponsorship from the Smokin' Joe's folks. The cigarette money was starting to dry up, and sponsorship was being curtailed to the point where sponsors of such product could only market in a certain way, thusly the Smokin' Joe's campaign after having been under the 'Camel' marque for several years prior. Camel went to the Smokin' Joe's tutelage in the '94 season and hung on through the '97 season here in the States. This particular shot is of Miguel Duhamel on the #17 Smokin' Joe's Team Honda RC-45 at St. Louis' Gateway International in the dreadfully hot August of '95.
Then we see a couple of shots of the massive '45' under the paddock tent at Road America in '98. Both shots are of eventual '98 AMA Superbike Champ Ben Bostrom's bike while it is being overseen by Al Ludington and the Team Honda squad for the weekend's event.
Next up is a shot of Ben on the #11 RC-45 going into turn 8 at Road America during practice for the '98 event. And last but not least is another shot of Miguel on the #17 '45' while coming out of turn 8 in practice for the '98 event.
I hope you enjoy these shots as we get ready to start the new week. We now have less then two weeks before the World Superbike season starts up and then another few days after that the U.S. teams will hit the track at Daytona mid week on March 3rd. With the news that the purses would be increased for at least Daytona, the entry list is starting to look much better then it did a little less then a month ago. And with two superbike events running before the premier Daytona 200 scheduled to run March 5th, the season kick off is looking much better. And last I checked on www.speedtv.com at least we will get to see the '200' albeit it looks like tape delayed with a 9 p.m. Eastern Time slot shown. Hey, at least we're still on the schedule on the same day and don't have to wait a couple of weeks to see the action. And don't forget the twin short track races at the new Daytona short track on March 3rd and 4th as well. And, if you are a Supercross fan, that race is scheduled for Saturday March 6th as well.
Take care and thanks again for dropping in to read up on trivial motorcycle racing items and view old race shots with us. As always I/we really appreciate your taking the time to come on down and hang with the crew at Stu's Shots and we'll keep trying to showcase the archives as we discuss the present and the future in the coming year. Have a great week and God Bless!
Posted by Stuman714 in Indy at 11:40 AM