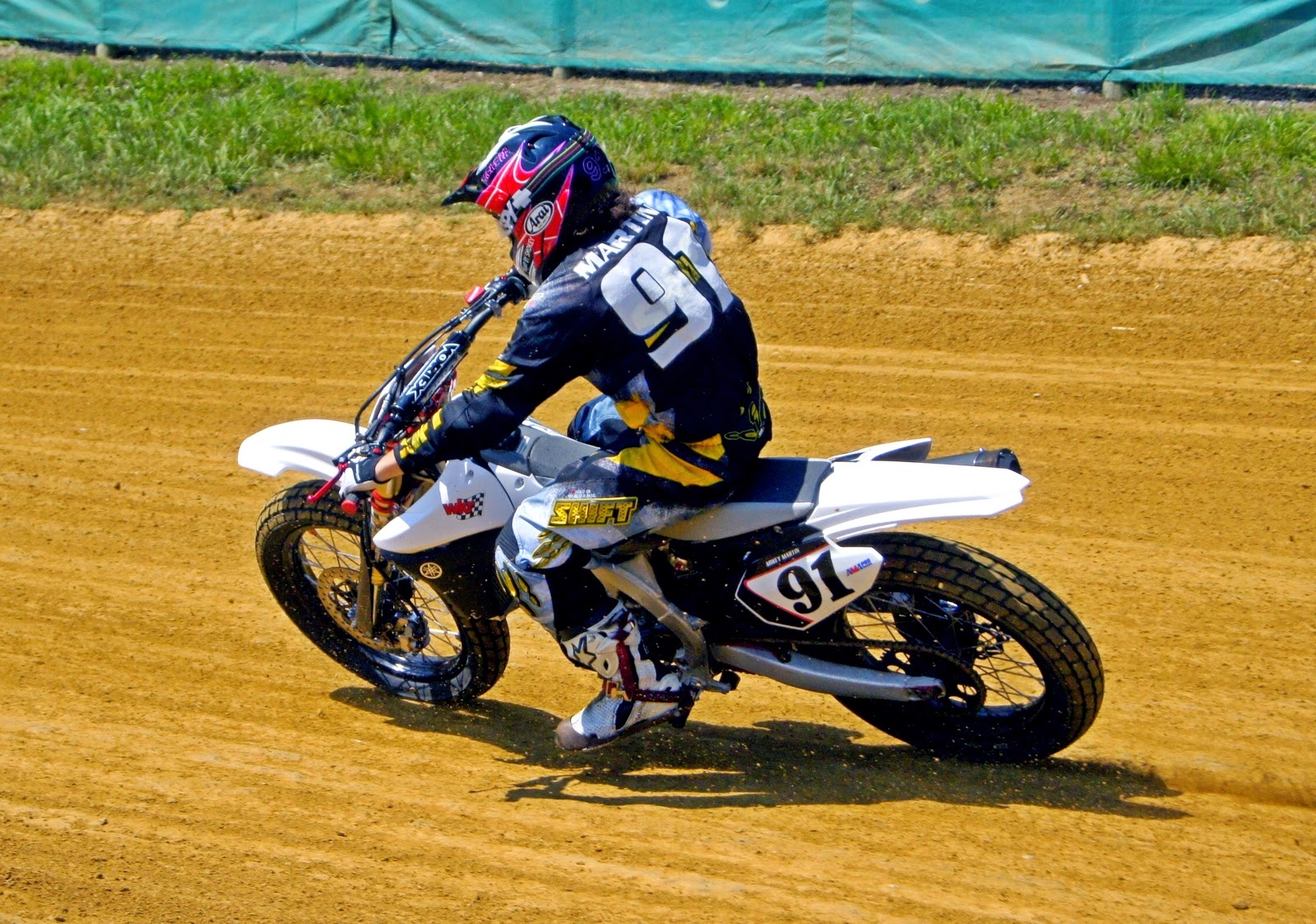 2011 AMA Pro Flat Track Pro Singles Champion Mikey Martin started off the 2015 Bike Week flat track races with super solid results in early March, especially considering that he was still new to his 'old' team's Kawasaki Twins mounts. Martin, who for the last three seasons in the AMA Pro Flat Track Grand National Championship series had campaigned the Bonneville Performance Triumphs, switched teams during the off season and is back with the Iowa-based Weirbach Racing team of father-and-son duo Richard and Ted Weirbach who together helped Martin to his first professional championship just over four seasons ago.

The Weirbach team, in just their second season campaigning the Kawasaki EX650 mounts, was quick to help get Martin adjusted to the differences in the 700 and 750cc-based Twins and Martin left the Steve Nace Racing-promoted Savannah and Volusia Half-Mile races with solid finishes of 6th-place and 3rd-place. However, when it came time for Daytona, things went south quick for the former Pro Singles Champ, but not for lack of trying by either Martin or the Hawkeye State boys who have learned to stay tough when the going gets rough in The Rolling Thunder Show.

In the shot above, Martin rips off a lap on the #91 Bonneville Performance/Woody Kyle Racing/Kibblewhite-sponsored Honda CRF450R during one of the qualifying sessions at the Peoria TT on August 11 during the 2013 AMA Pro Flat Track Grand National Championship stop at Thunder Valley.

Martin failed to make either of the main events in Daytona, but that doesn't and won't deter either him or the Weirbach team. With the Springfield Mile now just less then two months away, all should be ready to heat up the action over the Memorial Day weekend on the team's potent Kawawaskis.

Check out Weirbach Racing's press release below and see what they were up against in their first full week of racing back together again down south in Georgia and Florida. And we wish them the very best of luck in the rest of the upcoming season and know they will get things sorted out once the heat of the season gets boiling!

Mikey Martin makes his way to a podium finish in second start with Weirbach Racing!

The 2011 Pro Singles Champ wasted no time getting back in the groove
with his old team. This time as a Expert/GNC1 rider. Mikey Martin has
re-joined  Ted & Dick Weirbach owners of Weirbach Racing, the same team that
helped him win his 2011 AMA Pro Singles Championship.

If his 3rd place Expert Twins finish at Volusia Speedway in Barberville, Fla  and a 6th place
on the fast clay 1/2 mile in Savannah, Ga. was an indicator as to how his
season will go, plan to see more podium finishes for this team. 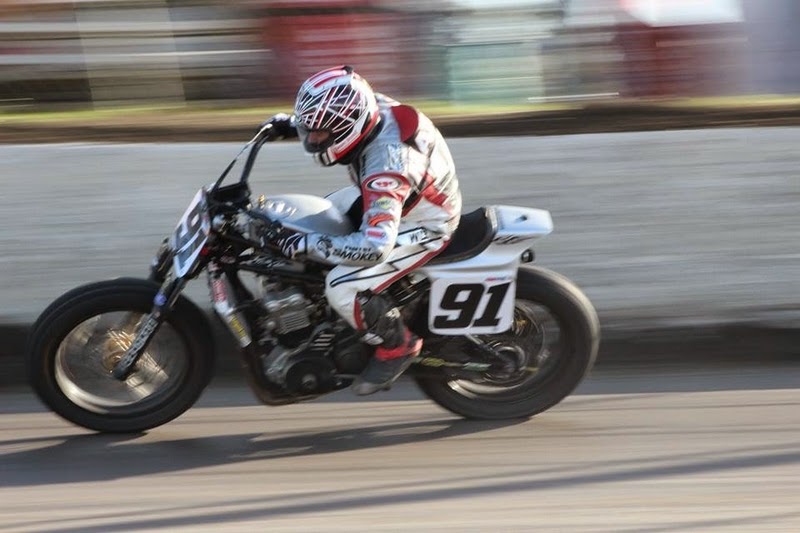 Mikey Martin is shown in action on the #91 Weirbach Racing/Racing Unlimited/General Engineering-sponsored Kawasaki EX650 during one of the Bike Week flat track events leading up to the season-opening rounds of the 2015 AMA Pro Flat Track Grand National Championship on March 12-13. Martin finished the Savannah and Volusia rounds with solid results to show for his efforts in the first time in competition back with his old team that helped him to win the 2011 AMA Pro Flat Track Pro Singles Championship. Photo courtesy of Weirbach Racing.


Martin, who has spent the first 3 seasons as an AMA Expert/GCN1 rider with
the Bonneville Performance/Castol/Triumph team says he has learned a lot
the past few seasons and is eager to take on the competition.

"I have learned a lot of the past 3 seasons. Making that step from Pro
Singles to Expert Twins isn¹t always easy, but I feel confident that I can
be a contender this season. If we concentrate on consistency and solid
finishes, we will be in the hunt this season. Last year, coming off of an
injury was difficult. This season I¹m better prepared, I¹m more fit and I¹m
focused. I¹m really excited to see what the Weirbach Kawasaki Twin will do
on the Springfield Mile," stated Martin.

Weirbach Racing is also supporting Martin in his 450cc efforts. Finishing
5th at the Savannah 1/2 mile race and 4th at Volusia in the Expert Singles,
Martin knows his Singles rides will improve. The results were not near as
good at the GNC short track in Daytona Beach, Fl. as he failed to make the
main event either night.

Martin and Weirbach Racing team wish to thank the following sponsors for
their support: