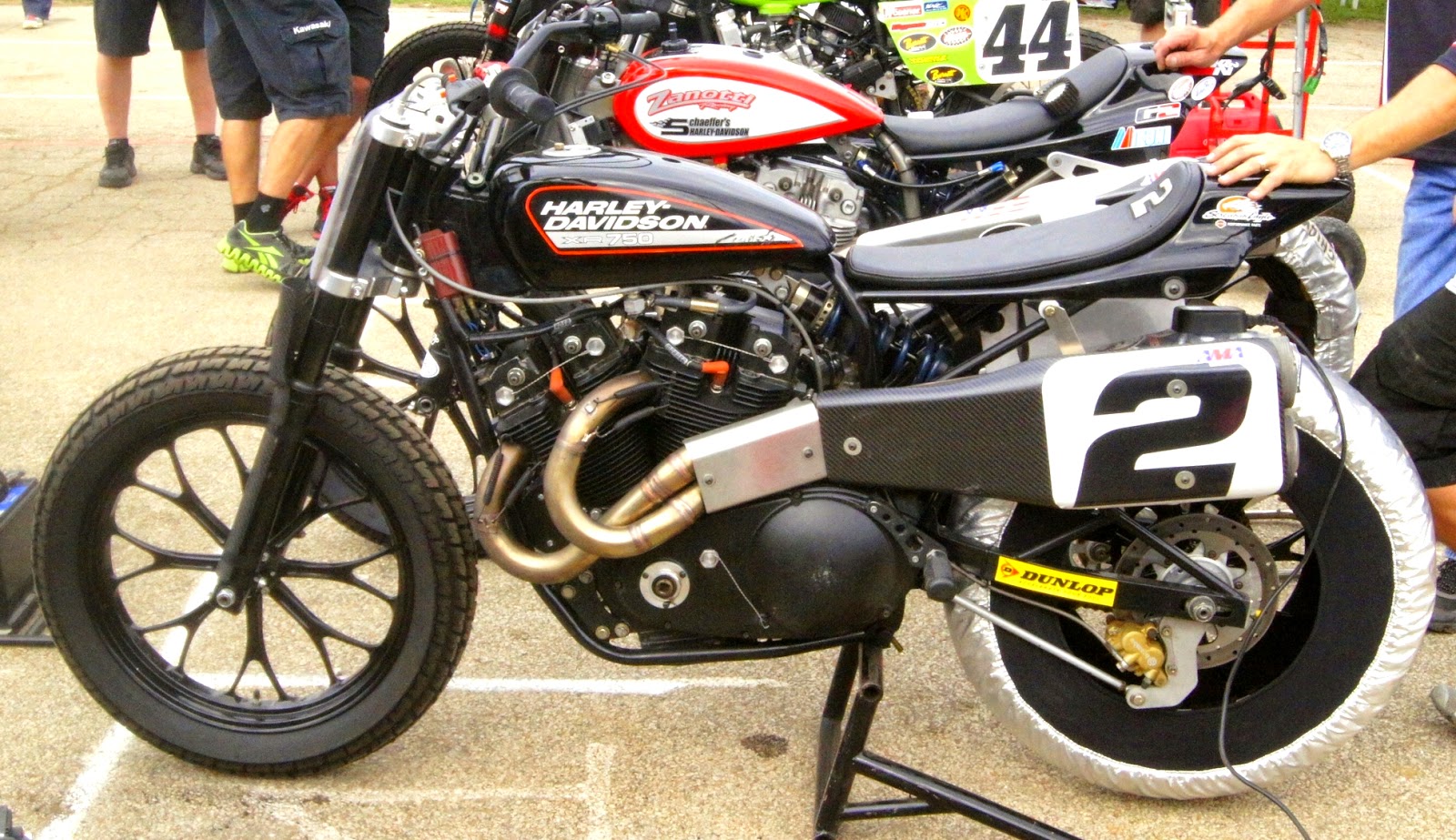 AMA Pro Racing announced mid-week last week that Harley-Davidson had come back on board as the series' title sponsor for the now new/renamed GNC1 (Expert) Series class for the current season. The new sponsorship includes a $100K point fund as well as an additional $25K that will be made available to riders and teams competing with the series long standing machine of choice with the XR750.

This is great news for the series, which has been operating without a major title sponsorship in the premier class for the last couple of seasons. Harley-Davidson Insurance (Progressive) had been the last title sponsorship for the formerly known as Expert class.

In the shot above, bikes sit at the ready in preparation for the 2012 Springfield Mile II at the Illinois State Fairgrounds over the delayed running of the series usual Labor Day weekend classic, which was postponed due to inclement weather to September 16.

A big tip of the helmet and a huge 'thanks!' to Harley-Davidson for coming back on board to help out The Rolling Thunder Show and head up the title sponsorship of the greatest racing series on two wheels in the world. You guys rock!

Check out the full details below in the press release from AMA Pro Racing.