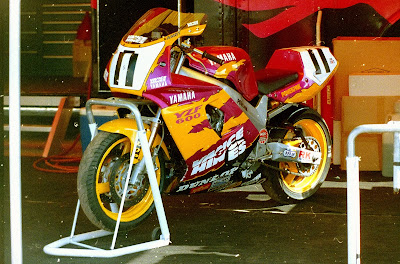 In the late '80s, AMA Pro Road Racing introduced what would be one of the most competitive classes in professional road racing when it rolled out the 600 Supersport Series, a class that was designed to help support the race weekends, the factory as well as the privateer racers, and the ability for the manufacturers to 'race on Sunday and sell on Monday.'

Although the class was virtually dominated for decades with the factory racers and bikes, an occasional privateer would sneak through to take the win over the high-dollar factory efforts.

In what was arguably the most competitive of those seasons was the always-remember '94 year when Yamaha's Vance & Hines fielded '89 AMA Superbike Champion Jamie James on what was at the time considered somewhat of an underdog on the YZF600, against the ultra-dominating Honda CBR600s of the two Mikes, Mike Hale and Mike Smith, and the factory Kawasaki effort of multi-time Canadian Superbike Champion Steve Crevier.

But by virtue of his consistency, and by also winning four of the ten races on the series' calendar along the way (Pomona, Elkhart Lake, Mid-Ohio, Sonoma), James added to his championship tally by taking the crown as the '94 AMA 600 Supersport Champion over Smokin' Joe's Honda's Smith, who won the remaining six rounds, 315 points-294 points. Kawasaki's Crevier finished 3rd in the championship standings with a tally of 287 points.

In the shot above, James' eventual-championship winning #11 Vance & Hines Yamaha/Dunlop/Bel-Ray/Bell-sponsored YZF600 sits under the Vance & Hines hauler's awning at the Mid-Ohio Super Cycle Honda Weekend presented by Dunlop Tire round in July '94.

But the season started a little rough for James at the annual season-opener at Daytona, as the Yamaha was visibly down on 'legs' on the banking against the might of the Big H.

Cycle News' Larry Lawrence, who at the very least should be considered the 'unofficial' historian of AMA Pro Road Racing, penned a great article in this week's issue of CN that chronicles that start to what was a stellar year of racing in America's second-tier pro racing class. And whether you were there to witness part of that season or not as I was, or if you are just a follower of AMA Pro Road Racing's history, this one is a must-read.

Check it out here to take your time capsule ride back 20 seasons to the heyday of American professional road racing. And as always, thanks to Double L for taking us back to the glory days of AMA Pro Road Racing! 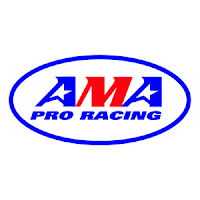