A Hush Just Fell Over The AMA Superbike Paddock.... 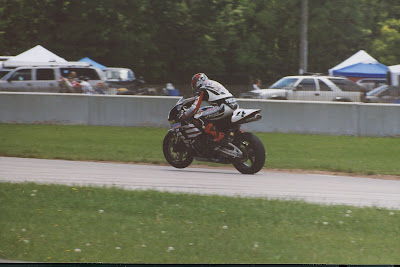 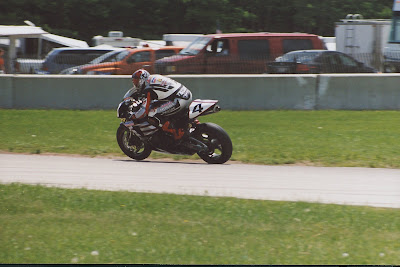 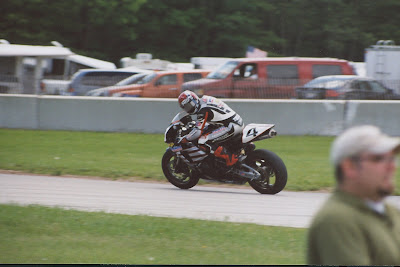 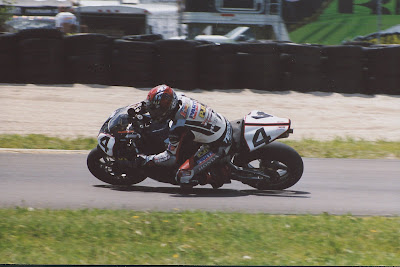 ....and a roar could probably be heard from the folks at DMG as news comes
to us that Josh Hayes, on the Graves Motorsports Team Yamaha R1 has beat
Mat Mladin in race 1 of the AMA American Superbike Series Final at Infineon Raceway
in Sonoma, CA.
Having not heard the details at the time of posting, I can only post the final results as
Mr. Hayes beat Tommy Hayden, Larry Pegram, Aaron Yates as well as Mat Mladin to
win his very first AMA American Superbike race under the existing, as well as former,
series rules and engine criteria. Not taking anything away from Smilin' Josh, as he has worked
extremely hard this year with a new team, a new motorcycle and virtually a new slate in
running the Superbike series for the first time in several years. Congrats to Mr. Hayes in
his very well deserved win and for getting the proverbial monkey off his back in the Superbike
series. Having been a multiple winner of races in the 'old' Supersport series, as well as a 2-Time
FX Series Champ and race winner under the 'old' series formulas, the guy is for sure no slouch,
and to be congratulated for his accomplishments today. Bravo to you sir!
The unofficial results as of this posting can be found here at http://www.superbikeplanet.com/:
http://superbikeplanet.com/2009/May/090516raceone.htm (thank you to Dean Adams & Co.!)
UPDATE--7:45 P.M. Sat. 5/16/09
Here is the story of the race from race 1 at Infineon thanks to the fine folks at www.SpeedTV.com. Apparently Mat was having some front end problems with his
Team Yoshimura Suzuki that kept him from mounting any type of charge to keep his, and
Suzuki's long-time win streak intact. Again, nothing against Mr. Hayes and his efforts today:
http://moto-racing.speedtv.com/article/ama-sbk-superbike-shocker-hayes-scores-first-win/
The shots accompanying the bombshell mentioned in this post are of one Mr. Joshua Hayes at
Road America in June of '06 on the Erion Racing CBR1000RR Super Stock bike. These shots
were taken of Smilin' Josh as he was in various modes of practice and qualifying for the weekend.
Again, congrats to Josh Hayes for a breakthrough win at Infineon. And they can call it whatever
they want it will always be Sears Point......guess you gotta pay the bills....