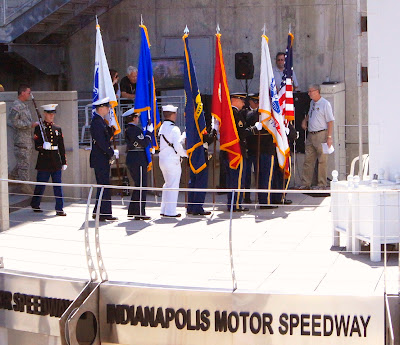 An honor guard of all branches of the U.S. military assemble on the victory podium at the Indianapolis Motor Speedway prior to the opening ceremonies of the 5th Annual Red Bull Indianapolis MotoGP in August 2012.

On this Sunday, November 11, 2012, Stu's Shots would like to salute and thank all of the men and women of this great nation who have given their time, their lives and their relentless spirit and resolve to defend this land of ours of the red, white and blue. 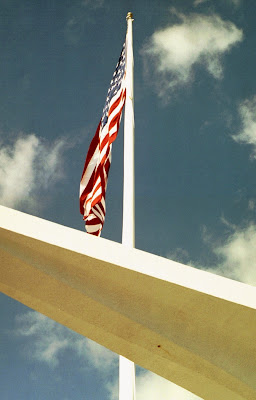 The stars and stripes of the United States hangs over the U.S.S. Arizona Memorial at Pearl Harbor, Hawaii in December 2004.


God Bless you all and thank you for your service and may He always be looking over your shoulder as He does with this great country of ours, The United States of America!


PICKERINGTON, Ohio -- November 11, 2012 -- The American Motorcyclist Association thanks American veterans the world over this Veterans Day, Sunday, Nov. 11, for their willingness to serve to protect and defend the United States and the American way of life.

"There has long been a special relationship between motorcyclists and veterans," said Rob Dingman, AMA president and CEO. "Today, on Veterans Day, we honor that relationship, and salute America's veterans for their devotion to serving our country.

"The patriotism, dedication and valor of American servicemen and women is unmatched anywhere in world," Dingman said. "Our veterans have put their lives on the line in the defense of our principles and freedoms, and we must never forget the sacrifices they've made on our behalf."

Since 1924, the AMA has protected the future of motorcycling and promoted the motorcycle lifestyle. AMA members come from all walks of life, and they navigate many different routes on their journey to the same destination: freedom on two wheels. As the world's largest motorcycling rights organization, the AMA advocates for motorcyclists' interests in the halls of local, state and federal government, the committees of international governing organizations, and the court of public opinion. Through member clubs, promoters and partners, the AMA sanctions more motorsports competition and motorcycle recreational events than any other organization in the world. AMA members receive money-saving discounts from dozens of well-known suppliers of motorcycle services, gear and apparel, bike rental, transport, hotel stays and more. Through the AMA Motorcycle Hall of Fame, the AMA honors the heroes and the heritage of motorcycling for future generations.