"Since 1975, the AMA Dirt Track Grand Championship has pitted top amateur dirt trackers against each other in friendly competition," said AMA Track Racing Manager Ken Saillant. "As a premier amateur dirt-track event, the AMA Dirt Track Grand Championship is unmatched in terms of history and prestige. Its success is important to the AMA, and we're excited to take a broader management role for 2015."

Saillant adds that the association will not only sanction the AMA Dirt Track Grand Championship this year, but the AMA also will be responsible for all operational and promotional aspects of the event. The AMA's event partner for the last three years, Steve Nace Racing, will continue to assist with event operations. 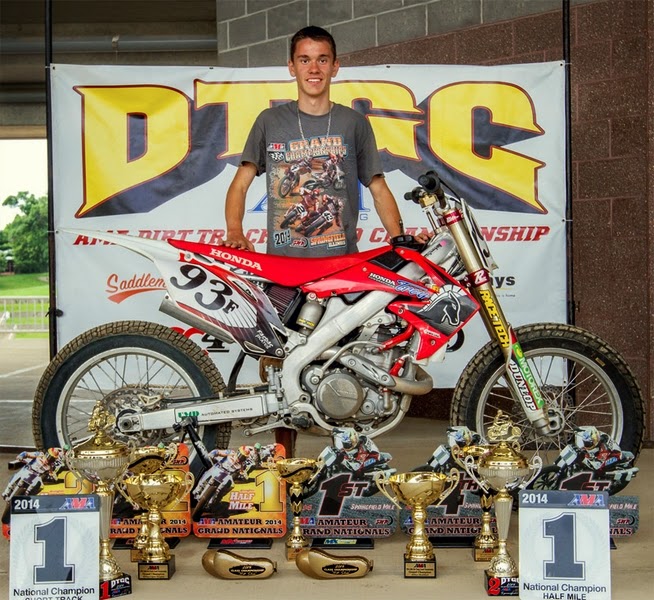 The riders in each class with the highest point totals in all disciplines will be awarded AMA national championship No. 1 plates. The top riders also compete for the AMA Dirt Track Horizon Award, which honors the amateur racer poised for success at the pro level.

Competitors at the AMA Dirt Track Grand Championship ride both traditional dirt track motorcycles and DTX motorcycles, which begin as stock motocross bikes that are fitted with dirt track tires and suspension modifications.

"We're very excited to be in a partnership with AMA for this event at the Du Quoin State Fairgrounds," said Steve Nace of Steve Nace Racing. "It's sure to be a thrilling five days of dirt track competition, where only the best will walk away as AMA champions."

Classes and online entry will be available soon. For more information about this event and to sign up to race, see www.americanmotorcyclist.com.