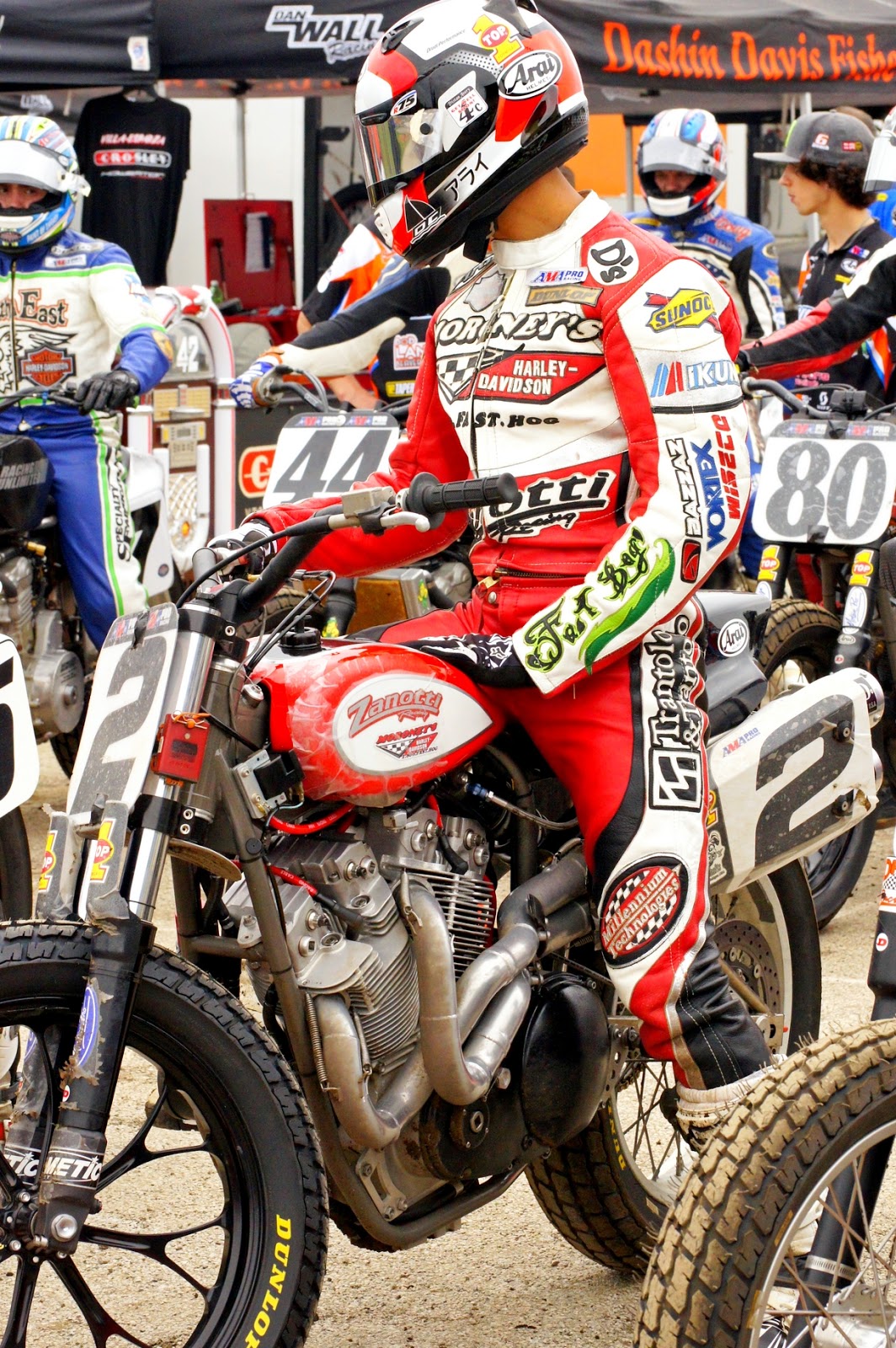 AMA Pro Racing announced last week the creation of a new competition advisory board to help oversee AMA Pro Flat Track. The board will consist of seven members, headed up by 3-Time AMA Grand National Twins Champion Kenny Coolbeth, Jr. as the current and only full-time active competitor.

From the looks of the release, the other members of the board seem to be excellent choices in terms of the backgrounds and length of time in the sport, including Weirbach Racing founder Richard Weirbach, Rogers Racing head honcho Craig Rogers and former 2000 AMA Grand National Champion Joe Kopp, among several other headliners in the sport. Jeff Gordon, head stooge and wrench spinner for 2-Time AMA Grand National Twins Champion Bryan Smith has also been selected as one of the board members. With all of the technical minds 'on board' here this can really help the sport to grow in terms of level rule judgements and playing grounds for all of those involved.

In the shot above, Coolbeth aboard his #2 Zanotti Racing/Moroney's H-D/Burt Ives Honda-sponsored Harley-Davidson XR750, awaits the second round of qualifying at round 14 of the 2014 AMA Pro Flat Track Grand National Championship at the Springfield Mile II on August 31. Coolbeth went on to score the win at the mecca of speed to take his second mile win in-a-row.

Big kudos to Ronnie Jones, new flat track director this season for AMA Pro Flat Track, and AMA Pro Racing for going the extra mile to get this committee in place in order to help oversee any/all discrepancies in racing and the the interpretations of the rules. Check out the full release below.