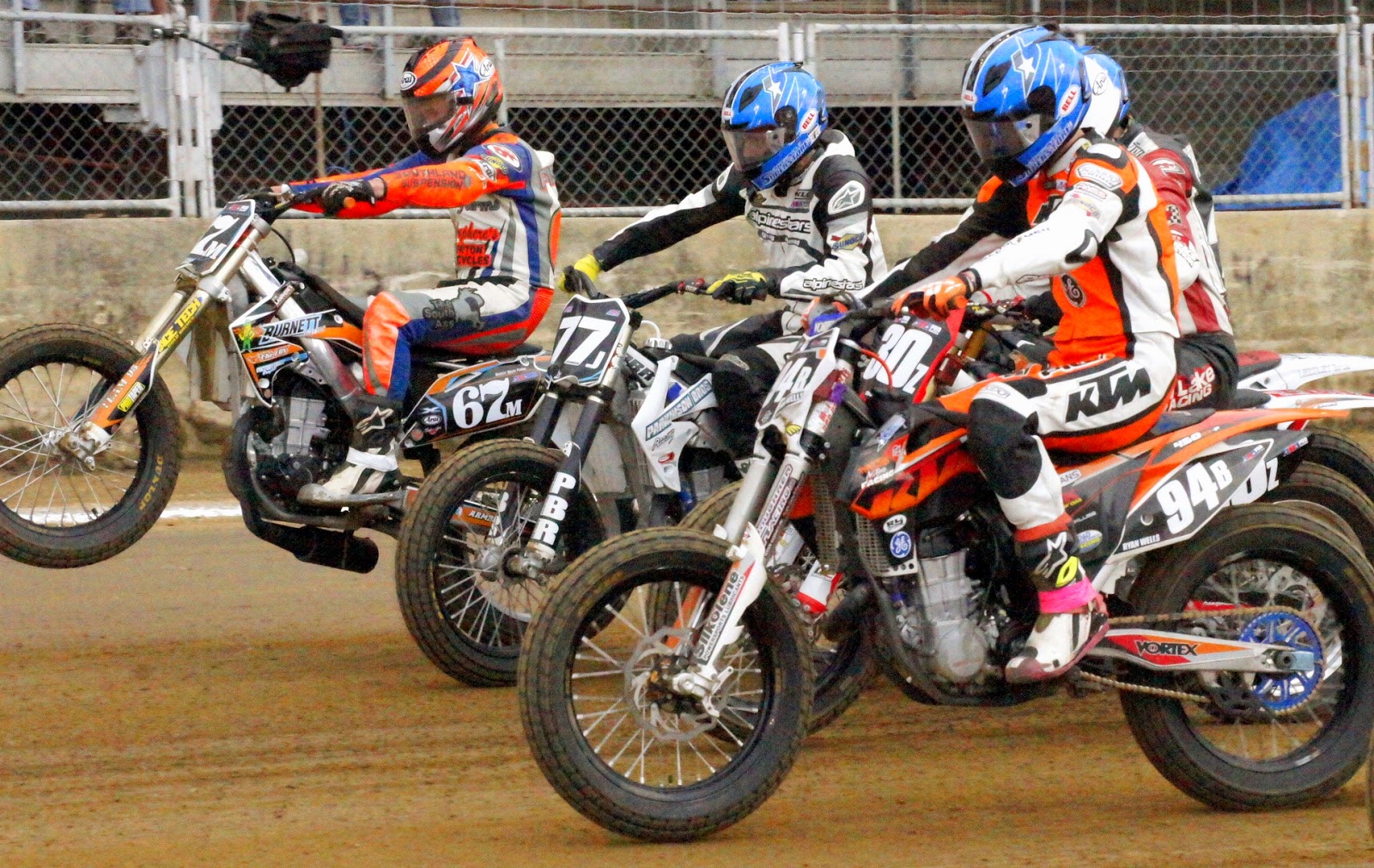 The sixth season in the AMA Pro Flat Track Pro Singles Championship saw the intense battle between the title challengers come down to the wire at the season finale at the Pomona Half-Mile Flat Track Finals, with Kyle Johnson taking the 2014 championship by a single point over series runner-up and rookie newcomer Davis Fisher (191-190 points), with Fisher taking the win and Johnson following him home in 2nd-place to capture the title.

While Johnson won four rounds of the thirteen races completed on his #77J Parkinson Brothers Racing Honda in the 2014 AMA Pro Flat Track Pro Singles Championship to lead the charge, he and 3rd-place championship challenger Ryan Wells were two of the four riders in this year's challenge to compete and score points in all 13 National events (the other two being 5th-place finisher Bronson Bauman and 6th-place finisher Dan Bromley.)

Series runner-up Fisher missed the Peoria and Colonial Downs rounds due to injuries suffered on the last lap of the National main at the Indy Mile on August 8, but came roaring back on the #67M TJ Burnett Farms Racing Honda to win the last two races of the year to cement his stronghold in the championship chase and show that team owner TJ Burnett has a great eye for talent in tutoring and sponsoring the 16 year-old Oregon prodigy. Fisher will surely have the heads-up advantage heading into the 2015 season.

In the shot above, the AMA Pro Flat Track Pro Singles Championship heat race #1 gets off to a roaring start in round 10 of the 2014 season at the Indy Mile on August 8.

What most will remember about the 2014 AMA Pro Flat Track Pro Singles Championship season will be Kyle Johnson capturing the championship with his series leading four wins, but for those that saw it happen before them will remember aside from Johnson's championship run is the emerging talent that came to the forefront of the class in series runner-up Fisher and another first-year future contender in Jarod Vanderkooi. That young and promising Ohio resident finished the season in the 4th-place spot in the championship behind Wells (171-150 points) and proved he has something to bring to the table in winning both of the non-points paying events in the AMA Pro Flat Track Pro Twins Series at the Springfield Mile in May and August on a family-funded and built Kawasaki twin that was the class of the Pro Twins ranks.

So no matter which way you spin it, see it, take it in or let it out, the future of AMA Pro Flat Track is very bright and very strong, as evidenced by this season's chase in the junior feeder series of The Rolling Thunder Show. And THAT is a good thing!