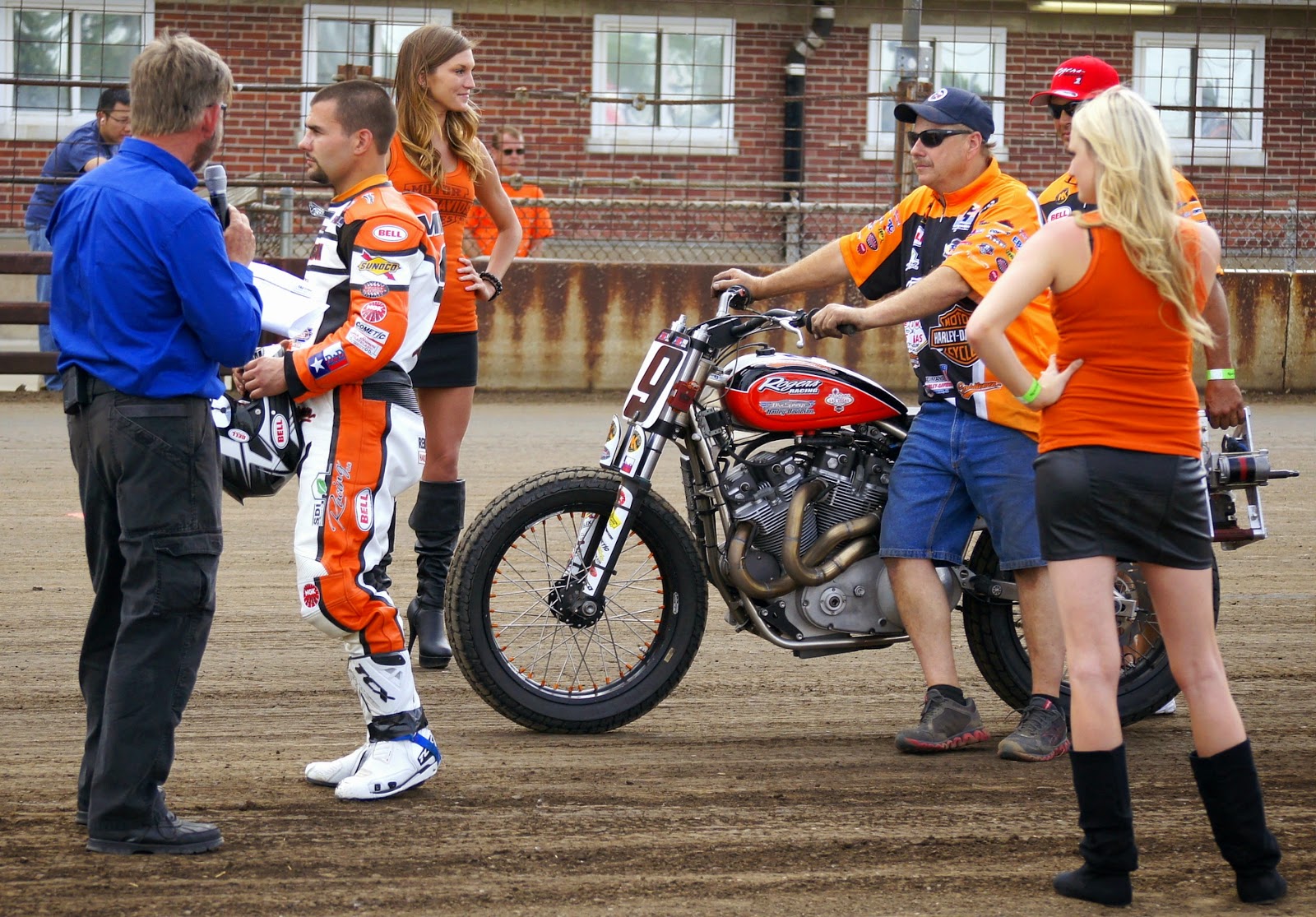 After 16 rounds and 15 races were completed, the 2014 AMA Pro Flat Track Grand National Championship season came to an exciting end last weekend with the season finale at the LA Fairplex-hosted Pomona Half-Mile Flat Track Finals, where Jared Mees and his #9 Rogers Racing team fought hard to come home in the 4th-place spot to clinch the 2014 AMA Grand National Championship.

Along with star rider and Michigan resident Mees, second year tuner for the team, Kenny Tolbert, won his eighth AMA Grand National Championship, second only to legendary tuner Bill Werner (13 championships with Gary Scott, Jay Springsteen and Scott Parker) and was awarded the Mechanic of the Year award along with fellow team member Sammy Sweet.

In the shot above, Mees and the #9 Rogers Racing/Las Vegas H-D/Blue Springs H-D-sponsored Harley-Davidson XR750 team of Kenny Tolbert and Sammy Sweet (partially hidden) are shown being introduced to the crowd by AMA Pro Flat Track official announcer Barry Boone at the Springfield Mile I during rider intros at round 3 of the 2014 AMA Pro Flat Track Grand National Championship season at the Illinois State Fairgrounds on May 25.

Read on to see who else copped the share of monies and awards for what was another great season of racing in The Rolling Thunder Show during the 2014 AMA Pro Flat Track Grand National Championship season.