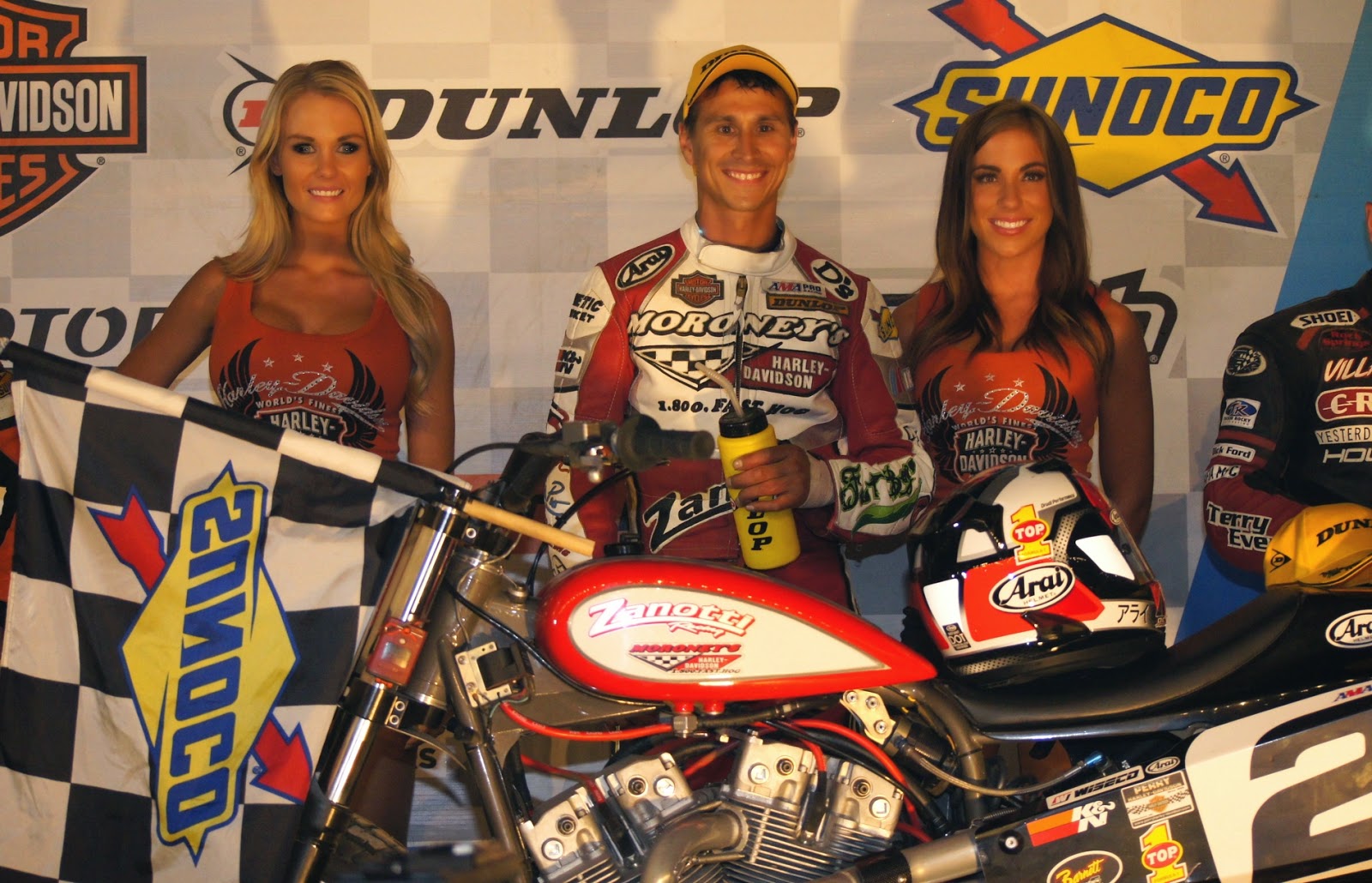 Bad news just hit the web within the last few hours when 3-Time AMA Grand National Twins Champion and current Zanotti Racing rider Kenny Coolbeth, Jr. announced that he would be missing the season finale at the Pomona Half-Mile this coming Saturday, October 11 due to injuries suffered during the penultimate round of the season at the Calistoga Half-Mile on September 27.

Coolbeth, who tangled with another rider during the Dash for Cash event at Calistoga, suffered a broken hand, severely sprained ankle and a hematoma on his back due to his crash, reportedly saw his doctor today and ruled himself out of contention for round 16 of the 2014 AMA Pro Flat Track Grand National Championship this coming weekend at Pomona.

You can read his statement here via KC2's Facebook page and to leave him condolences for a hard fought season, after winning four races on the year (Daytona II, Knoxville, Indy, Springfield Mile II) and currently sitting in the 4th-place slot in the overall championship standings. His spot in the final standings is all but guaranteed due to the current 25-point gap he has on the man in the 5th-place spot in the championship, defending champion Brad Baker, who took over the spot on the Harley-Davidson Motor Company factory team after Coolbeth's departure at the end of last season.

In the shot above, Coolbeth celebrates on the podium at the Indy Mile on August 8 after winning his first mile race since the Minnesota round in late 2010, after whipping the competition at the Indiana State Fairgrounds on his #2 Zanotti Racing/Moroney's H-D/Burt Ives Honda-sponsored H-D XR750 in round 10 of 2014 AMA Pro Flat Track Grand National Championship season.

Coolbeth ran a smart race at Indy, saving his tire and his motor throughout the event and looked flawless like the KC of old, and went on to back it up with a win at the Springfield Mile II on August 31.

We want to take the time to wish Kenny a speedy and complete recovery and say what a great year him and the Zanotti Racing team along with tuner Dave Atherton had this season. You guys deserve to end the season on a much higher note, but the main thing is to get well and come back even stronger next season to go at it again. Get well and get mended up, and we'll look forward to seeing you back on track next season ready to go!