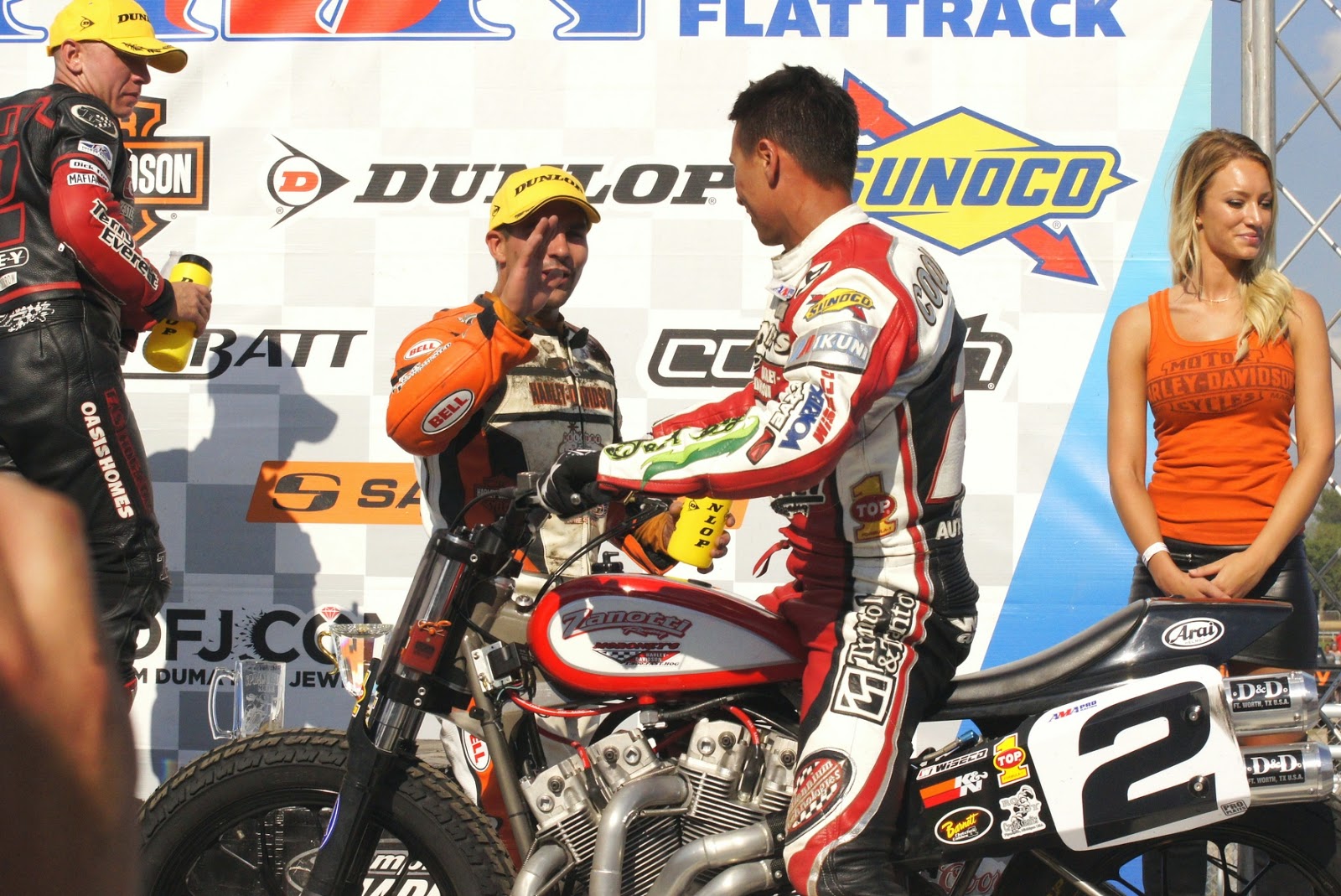 Kenny Coolbeth, Jr. took his 4th win of the season yesterday at the Springfield Mile II in a dominating racing move over runner-up Bryan Smith to close out the mile event portion of the 2014 AMA Pro Flat Track Grand National Championship in front of a crowded house and under mostly sunny skies at the Illinois State Fairgrounds.

Running in the lead pack all day during the 25-lap National main, Coolbeth made a wide sweeping move out of turn 3 on his #2 Zanotti Racing/Moroney's H-D/Burt Ives-sponsored Harley-Davidson XR750 that allowed him to gain enough traction to distance himself from Smith on the #42 Villa-Esparza Kawasaki by just .010 seconds at the checkers, with 3rd-place finisher Jared Mees on the #9 Rogers Racing XR750 coming home just .140 seconds behind winner Coolbeth. It was reported to be Coolbeth's fourth win at the facility, a record he couldn't be sure of under all the excitement while being interviewed on the podium by AMA Pro Flat Track announcer Barry Boone.

The win gave The King of Cool his 33rd win in AMA Grand National competition and keeps him in a solid 4th-place in the championship, albeit 53 points behind leader Smith, who gained three points on the day over Mees (247-238, with yesterday's 6th-place finisher Jake Johnson on the #5 Lloyd Brothers Motorsports Kawasaki in 3rd with 224 points, and Coolbeth now with 194 points.)

Coolbeth was full of adrenaline and excitement on the podium, evidenced by his congratulatory handshake from Mees above as he pulls his #2 Zanotti Racing mount onto the victory podium. Coolbeth only led 1 lap on the day, but it was the one that counted after Smith dominated (20 laps led) on the track he took victory at in May. 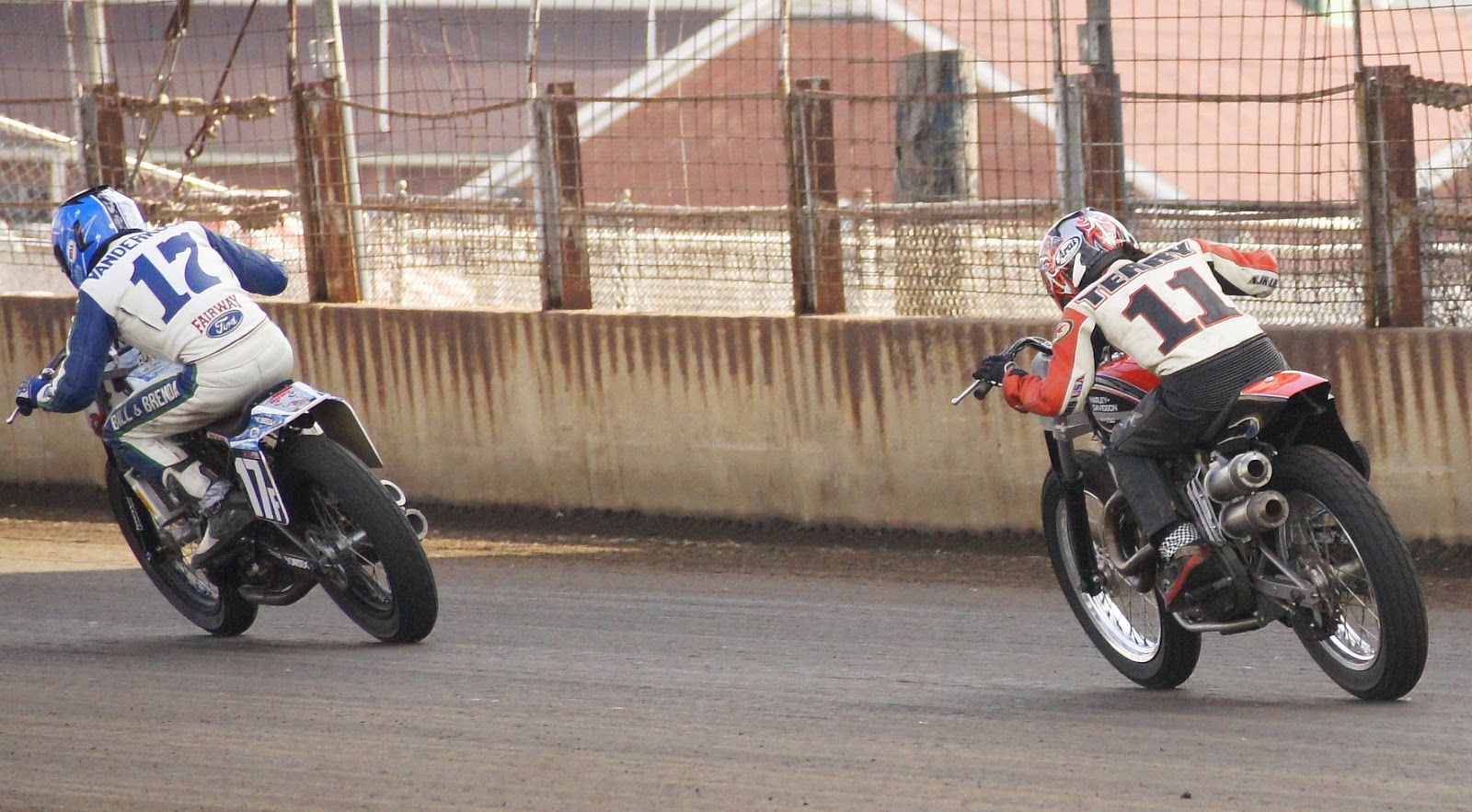 Vanderkooi and Terry had both won their heat races earlier in the day to dominate the class and put on a great show in their main. Vanderkooi took the early lead and never relinquished his lead throughout to win by 2.257 seconds, while Terry held the runner-up spot early and then fell back in the pack before working her way back to the runner-up spot towards the end of their final. The crowd approval for winner Terry was a mighty roar in their main and in her heat win earlier in the day, and the Creve Coeur 18 year-old is swiftly becoming, along with Vanderkooi, one of AMA Pro Flat Track's brightest and fastest future stars.

I made the trip to Springfield with my long time friend, Larry Lawrence, and he filed this report on Cycle News.com last night.

We'll have more as the week goes on and talk about many of the rider changes at yesterday's big race as the series takes a four week break before heading to the penultimate round of the season at the Calistoga Half-Mile on September 27.