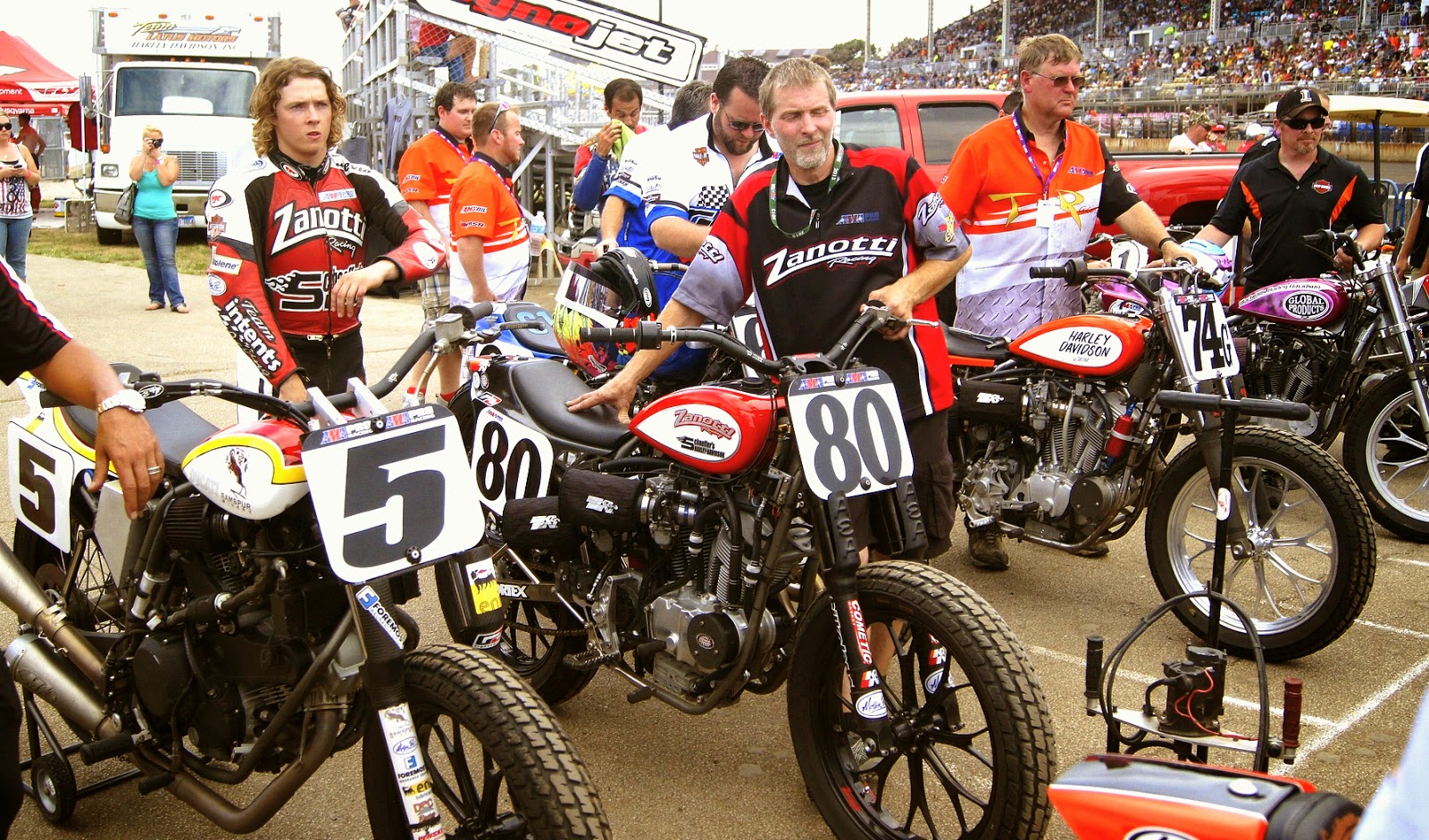 In what amounts to an eleventh hour reckoning, AMA Pro Flat Track and the new promoters of the Sacramento Mile have come together to resurrect what is one of the west coast's most popular events and venues.

The announcement was made early this afternoon that a group of people, one of which is former and original AMA Superbike contenders Steve McLaughlin (SMI), have banded together to bring back the Sacramento Mile at the Cal-Expo Fairgrounds on Saturday, July 26. McLaughlin may be best known for competing against the likes of 3-Time AMA Superbike Champion Reg Pridmore back in the late '70s when the class was first started alongside the then premier Formula One class in AMA Pro Road Racing. Since his retirement from the sport, McLaughlin has been involved in sports management and promotions, and this is just another fine example of the types of great shows that the former racer and racing icon can and is able to put together, which makes it doubly-excellent for those west coast fans who were left out in the field when the cancelation of the event was announced several weeks back due to what was thought to be conflicts with the horse racing crowd at Cal-Expo.

Now, without a doubt, fans will get a chance to see if Flyin' Bryan Smith can make it four-in-a-row at the Sacto Mile, and they for one, can thank McLaughlin and AMA Pro Flat Track for being able to put this together. Smith won the 2011 Sacto Mile while riding his own machines as tuned and wrenched by his Father, Barry, on a Moroney's FastHog.com XR-750, and won the last two years running while riding the rocket Kawasaki of the Crosley Radio/Howerton Motorsports team.

In the shot above, riders, mechanics and machines get ready to head out for rider intros at the Springfield Mile II National main event over the Labor Day weekend on September 1 at round 11 of the 2013 AMA Pro Flat Track Grand National Championship at the Illinois State Fairgrounds mile oval cathedral of speed.

(L-R) Jake Johnson's #5 Lloyd Brothers Motorsports/Ramspur Winery-sponsored Ducati sits at the ready, alongside Steve Bonsey and former crew chief Ted McDermitt of the #80 Zanotti Racing/RGR-backed XR-750 team. Ronnie Jones' #74G Salina Harley-Davidson-backed XR sits at the ready, while the former holder of the #16 number plate can be seen just behind Greg Crow of Greg Crow Racing (alongside the #61 GCR/Gardner Racing-backed XR of Dustin Crow) wiping his face from the intense heat over the Labor Day weekend in Springfield. And on the far outside can be seen one of the team members of Nichole Cheza-Mees, steadying her #15 Global Products/Harley-Davidson Motor Company-sponsored XR.

You can check out the full press release below thanks to AMA Pro Flat Track, and for all of you west coast fans, be sure to fire off an e-mail to these great folks and thank them and McLaughlin and his SMI company to let them know how stoked you are that they went to this kind of trouble to bring back this great event. Great job and bravo!