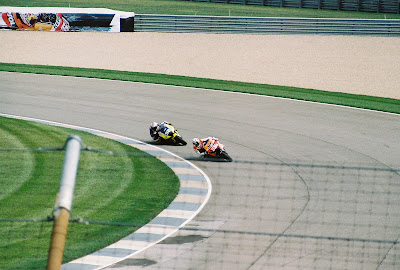 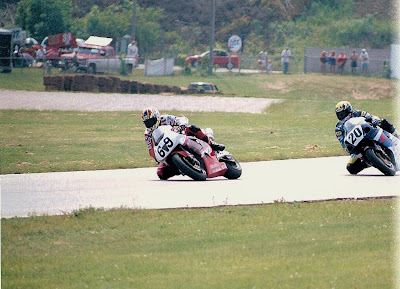 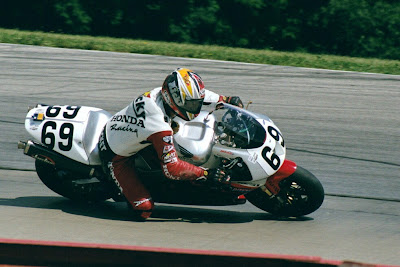 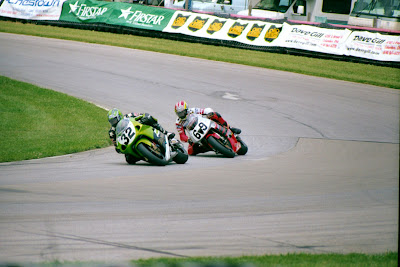 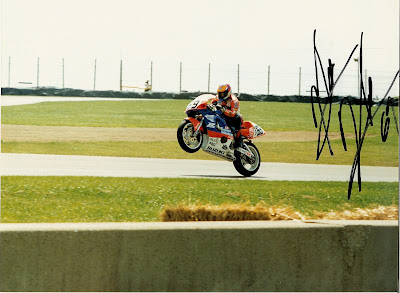 As we view various shots of Nicky Hayden, #69 and
the '02 AMA Superbike Champion and '06 World MotoGP
Champion, we look forward to the MotoGP 2009 Season
starting up this w/e in Losail, Qatar. You can follow the
events of the w/e via the MotoGP feeds on the left side of the
column, or go to http://www.motogp.com/ for the current schedule,
which is available either in local time (+3 GMT) or by clicking
on the link and having it translated to your local time in your
area. You can also follow through Nicky's website (http://www.nickyhayden.com/)
as well as through the other various road racing links and tabs on the left
side, as well, here. The race will also be tape-delayed on SpeedTV on
Sunday 4/12/09 @ 2200 EDT with the usual repeats on Tuesday 4/14
in the afternoon.
This is Nicky's first year since '97 riding anything other then a
racing motorcycle with the famous Honda wings on it. Over the
course of the end of last season we learned he was making the switch
to the Ducati team after having spent over a decade riding Hondas.
The switch has been a challenge, but like all else Nicky has ridden over the
years he will come to grips and should prove to be a contender after
some real track time.
The above shots were taken over the course of the last 11 years of Nicky
throughout several stages of his career. Starting off is Nicky leading James
Toseland on the #52 Tech 3 Yamaha during practice for the Inaugaral Indy
MotoGP Race in September 2008.
We then see Nicky leading Aaron Yates at Road America in the race one of
the June 2000 AMA Superbike weekend, and a shot of Nicky with his knee down going into a corner at Mid Ohio in late July/early August of 2000, as
well as following Eric Bostrom through the last set of turns at Mid Ohio during
the Sunday races that weekend. And finally, we see The Kentucky Kid pulling
a power wheelie at Mid Ohio in July '97 on his Hyper Cycle Suzuki 750 while
practicing for what was then the 750 SuperSport race in the AMA series. This shot was taken as they come out of the keyhole and head down the backstretch outside of the campground area at Mid Ohio, in Lexington, OH.
Enjoy the shots and get ready to follow and root for Nicky Hayden this year as
he takes on the monumental task of getting used to the Ducati and taking on the
world's best road racers throughout the course of the season. It should be exciting!
Posted by Stuman714 in Indy at 10:37 AM