While we are celebrating Mat's 75th win today.. 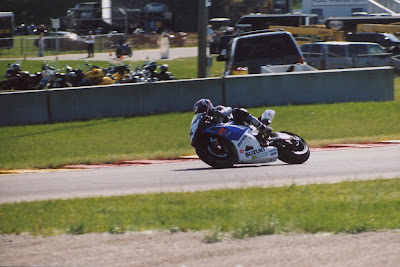 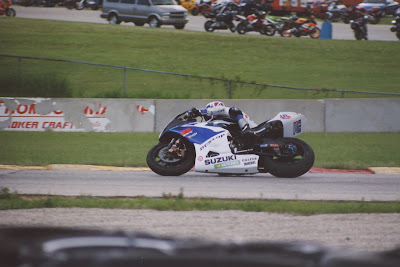 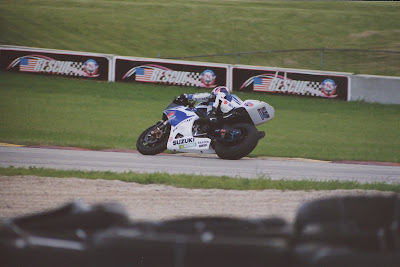 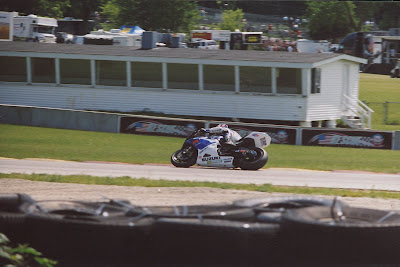 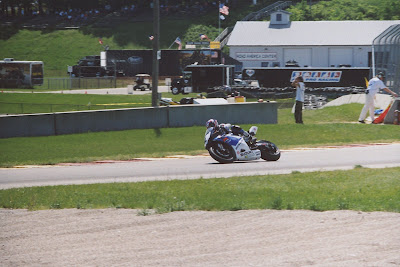 Just a few more shots of Mat inflicting pain and embarassment to the rest of the field
at Road America in '06, several years before we were forced to put up with a DMG-run
and dumbed-down AMA Superbike Series. These were taken in turn 14 during various
practice, qualifying and race sessions during the course of the w/e.
These shots of 'Mad' Mat are on the old-series speced REAL Superbikes. In other
words BEFORE the DMG people decided to dummy-down the series to little more then
radical Stock bikes. No more trick suspensions and trick factory superbike engines. And
worse yet, losing the identity of having one of the premier racing series in the world.
But that's another rant for another time. Let's all enjoy Mat from Road America and
party away the fact that no matter what they put under him, he is going to win or find
a darn good way to win. You can count on that. And you can count on Mat! Go get 'em man.
Take Number 7 and do it your way regardless of what they force you to do now and force us to watch. You're still the best. And as far as I'm concerned, you could have quit trying to prove it
to me a long time ago. It was pretty obvious you were, are, and probably for a long-darned time
will be 'The Master' in mine and alot of other eyes. I'm not going to enjoy watching dumbed-
downed superbikes any more than you will be enjoying riding them. But I'm darned sure
going to enjoy watching you feed the machine to DMG and their cronies. This is gonna be good.
Posted by Stuman714 in Indy at 8:02 PM