The Song Remains the Same 2009 Version: 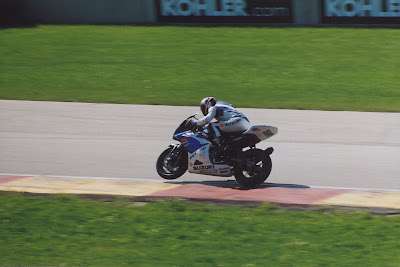 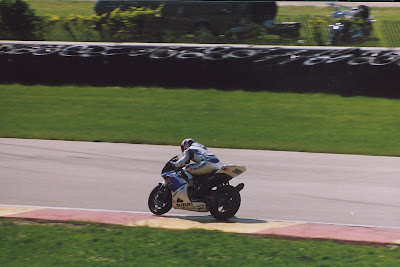 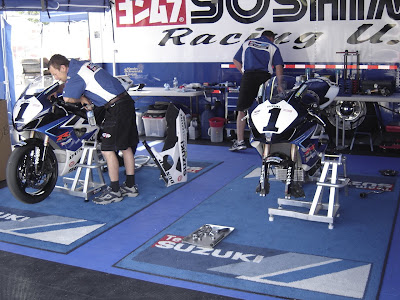 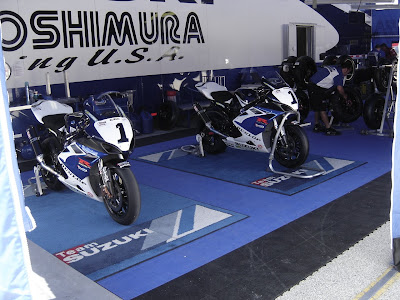 'Mad' Mat Mladin 'The Master' just wrapped up win's
Number 74 and 75 at the Fontana round of the new AMA
Superbike Series. The man is undeterred in showing us
all that no matter the formula of motorcycles he is forced
to ride due to the radical change of rules in the Superbike
class, he IS the man! And no matter what the DMG-run
series throws at him, he is going to dig deeper and deeper
and show them, as well, that he is the man and regardless
of the dribble running from the mouths of babes of turning
the series around to gain more parity they forgot one thing.
Mat Mladin wasn't going anywhere this year and he was even
more focused on showing the DMG people that they made a big
mistake in thinking otherwise.
Go Mat. Long time fan here who has always been treated
very well when going after autographs of shots taken of him.
And the dude always says what's on his mind. You don't have
to agree with the man. But you better respect what he has to say.
He didn't win 6 Championships and NOW 75 races just hangin'
around being a wallflower. Kick their a..es Mat!
The above shots are of various states of battle-readiness at Road
America in June of '06, as well as 'Mad Mat' using turn 7 during race
one of the weekend as a berm-buster. Check out the body english
as he wrestles the-then SUPER Superbikes. The man is a master.
But don't make him Mad.
Posted by Stuman714 in Indy at 7:36 PM