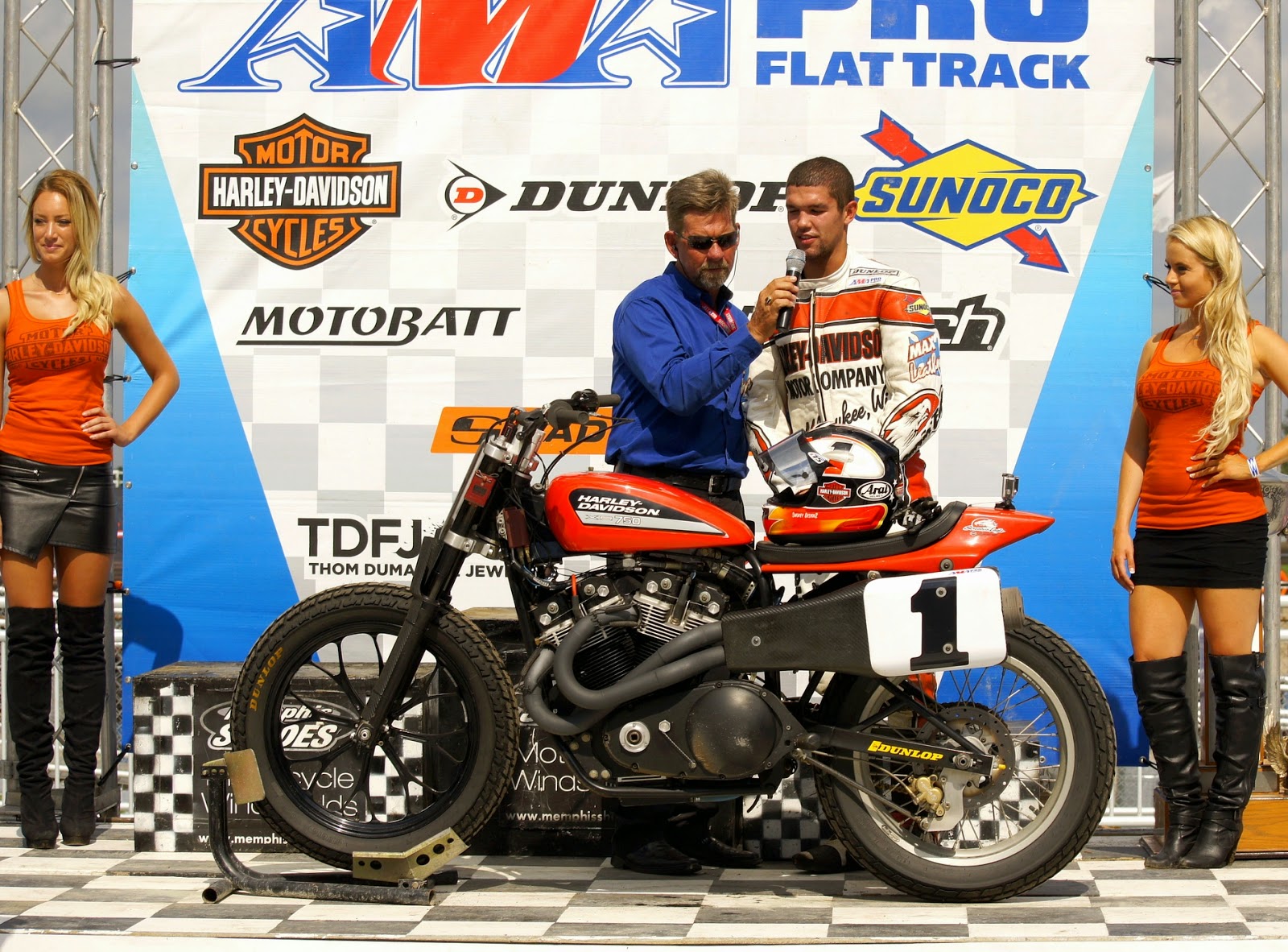 Baker did win his third AMA Grand National Championship race towards the end of the 2014 season with his win at the Calistoga Half-Mile in early October, but the run to the final races of the season was a rough road to hoe for the Washington State resident. After returning from his first trip to Europe where he won the Superprestigio Dirt Track Race while competing against defending 2013 (and now 2014) MotoGP World Champion Marc Marquez, Baker's season in America was off to a slow start, and was slowed even further with his arm injury shortly after the season-opening rounds in Daytona.

After recuperating from that injury, Baker's season was dotted with equipment let down's and failures as he was getting his first season of racing under him while riding for the Harley-Davidson Motor Company factory effort, while competing in the AMA Pro Flat Track Grand National Twins Series events aboard the Milwaukee-based factory XR750s.

But as all champions do, Baker finally got his season heading in the right direction towards the early part of August and worked his way into his final 5th-place finish in the championship tally thanks to his determination and his ability to bring it home in one piece. In the final tally for the season, Baker still ended up with not only his win at Calistoga to his credit, but also had three top-3s, six top-5s and 12 top-10s to show for his hard work during the 2014 AMA Pro Flat Track Grand National Championship year. Not too bad for a rough year!

Baker also will be heading back to Spain to compete in the 2nd edition of the Superprestigio in early December, and also recently announced he would be adorning National #6 to the front of his mounts for the 2015 season, a National number that hasn't been in use since the mid-80s when last worn by former 2-Time AMA Grand National Champion and NASCAR race-winning crew chief, Randy Goss ('80 & '83 AMA Grand National Champion.)

In the shot above, Brad 'The Bullet' Baker is interviewed on the podium by AMA Pro Flat Track official announcer Barry Boone at the Springfield Mile II in round 14 of the 2014 AMA Pro Flat Track Grand National Championship after winning semi race #2 to punch his card to the National main at the Illinois State Fairgrounds on August 31. Baker had just taken the narrow victory in the first consolation race of the day over Scooter Vernon in one of the most closely-fought battles of the day on the #1 Harley-Davidson Motor Co/Screamin' Eagle Racing Parts/Dunlop Tire-sponsored factory Harley-Davidson XR750 in front of an enthusiastic crowd over the Labor Day weekend.

Brad has been kind enough to provide us with another of his positive and rousing updates that he has put together tirelessly for us throughout the season, and you can read all about his year-end exploits and what he has planned for the upcoming future below.

We wish 'The Bullet' the very best of luck in the final month of the year and for his upcoming trip to Spain to show us all proud as he defends his title in Barcelona in the Superprestigio Dirt Track Race on December 13. We know you'll make us all proud man, go get 'em, ride fast and ride safe, and thanks for all of the thrills and great memories!

Hello friends! I hope this update finds all of you doing well as we approach the end of the year.

Things have been going well for me. I have been home for a little less than a month now and it's been nice to wind down a little after the Grand National finale in Pomona, CA. It really hasn’t been too much of a wind down though as I have been racing indoor short tracks every weekend to keep pushing myself and dialing in my 450s for Daytona. I am more ahead of schedule this year than I have ever been in the past, which is awesome! The Brothers Power Sports who have supported me since I was an amateur have stepped up and supplied me with a 2015 Honda CRF450 which will be my 'A' race bike to kick off the season with. Harley-Davidson and I have also been working on our program together for the future. Although nothing is official, things are looking to be really good for us in the upcoming season. Myself being back on bikes that I’m comfortable on and working with people that I know have my back makes me feel really good about the upcoming year!

The last part of the season ended off really well for me. Winning the second to last round of the GNC series in Calistoga, CA. was a big feat for the year. After breaking my arm really bad earlier this year and having problems getting bugs worked out of the new team really took a toll on a lot of my finishes this year. By the end of the year I was feeling just as strong as I ever have and the team, bikes and I were starting to gel together really well! My win at Calistoga proved to everyone and even myself that I still had what it takes to win races and a championship. It also marked my first win for factory Harley-Davidson and I was able to take my ecstatic mom on her very well earned first victory lap! I followed my performance at Calistoga with an almost clean sweep at Willow Springs Raceway and 3rd place finish at the GNC finale in Pomona, CA. My strong finishes at the end put me in the top-5 in the year-end championship points. It wasn’t another championship but a top-5 against the best flat trackers in the world after having such a rough season was still a good accomplishment in my eyes. Ending the season off on such a good note has me super excited and pushing hard for next year.

There is still plenty more events to come in the off season. Next month I will be returning to Barcelona, Spain for the 2nd edition of the Superprestegio race that will be held on December 13th. The event was a massive success as many people around the globe tuned in to follow the race. This time around it won’t just be Moto GP World Champ Marc Marquez I will be racing against. Riders such as the newly-crowned GNC Jared Mees along with 2-time World Superbike Champion and dirt track enthusiast Troy Bayliss will be joining the roster. There is even a possibility that Nicky Hayden may decide to race. (Editor's note—unfortunately it was announced this week on Nicky Hayden's Facebook page that he would not be able to make the trip due to his recent wrist surgery recuperation.) As of right now with the riders that are scheduled to race there are around 15 World Championships combined among the racers. It is truly shaping up to be an amazing race! After the new year I will be making my first trip to Australia for the Troy Bayliss Classic event. After speaking with Troy in regards to the Superprestegio and the help of my good friend Paul Edwards we were able to get things arranged for me to participate in the race. Australians take their dirt track pretty seriously and this will definitely be a challenging race. For me, both these trips will be an experience of a lifetime and it will help gain massive exposure for myself and all my supporters

I hope all of you have a wonderful Holiday with your families and I appreciate all the support you have given me in the past and continue to give me for the future. I will try to keep you all updated through social media as much as I can on my upcoming races in Australia and Spain. 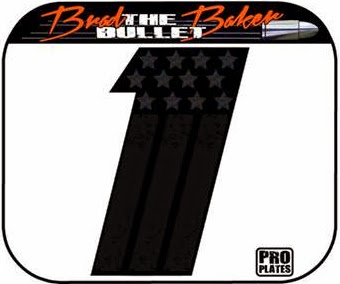