The King in Deep Thought 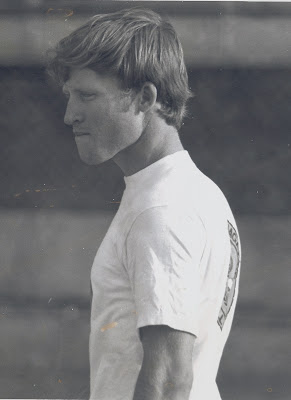 I took this one of The King at Syracuse in '75. It was either a week or two after
the now infamous '75 Indy Mile. You could tell he was in deep thought as to the
way the season had and was going, and knowing the crown was all but out of reach
to Gary Scott at that point.
It wasn't a good day, either. The TZ wouldn't hook up on the greasy clay-like surface,
and he put the parallel twin into the bales and wall between 3 and 4 in practice and tore
the front end off the bike. It came back on the back of the truck in 3 pieces. Not pretty.
Posted by Stuman714 in Indy at 8:35 PM