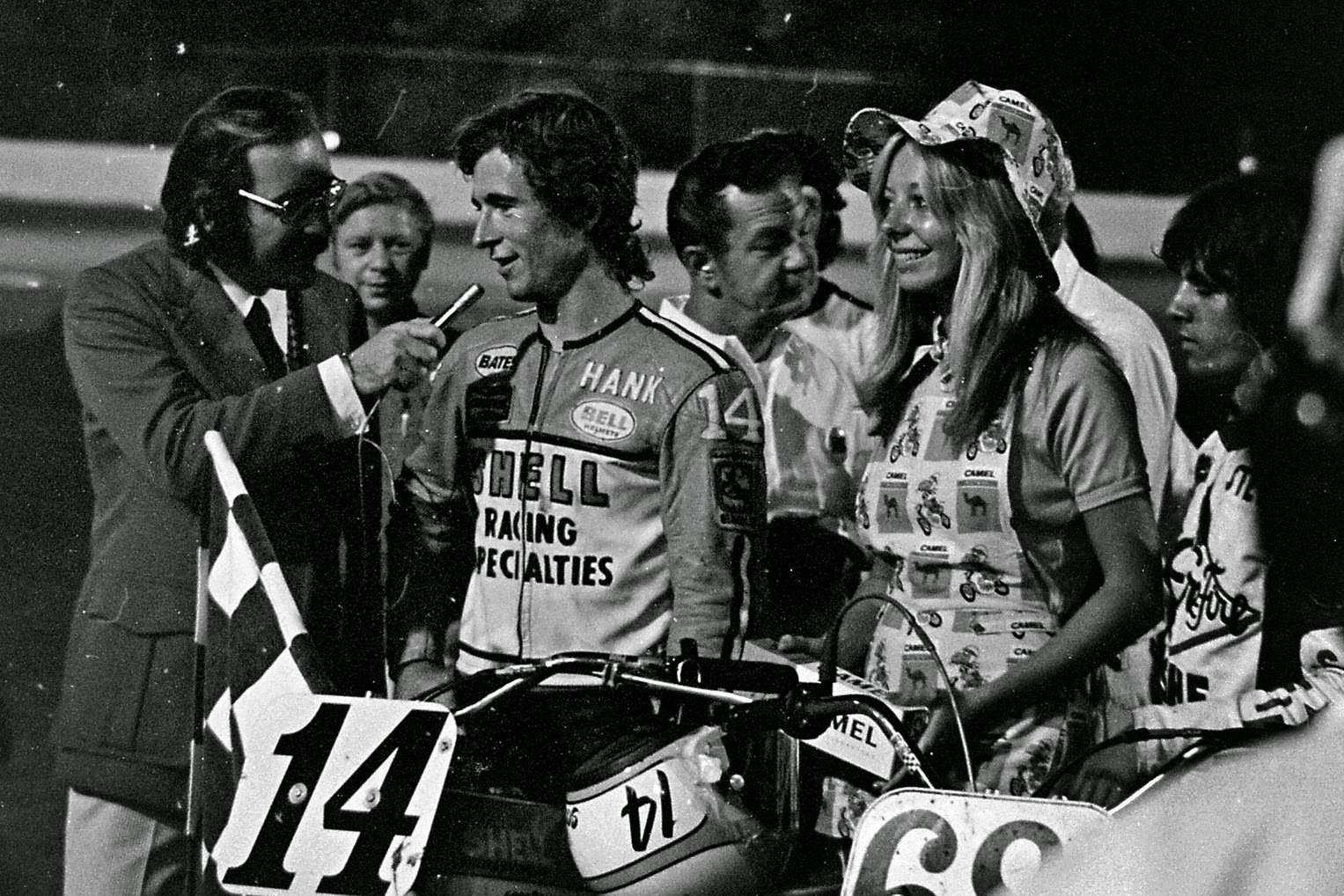 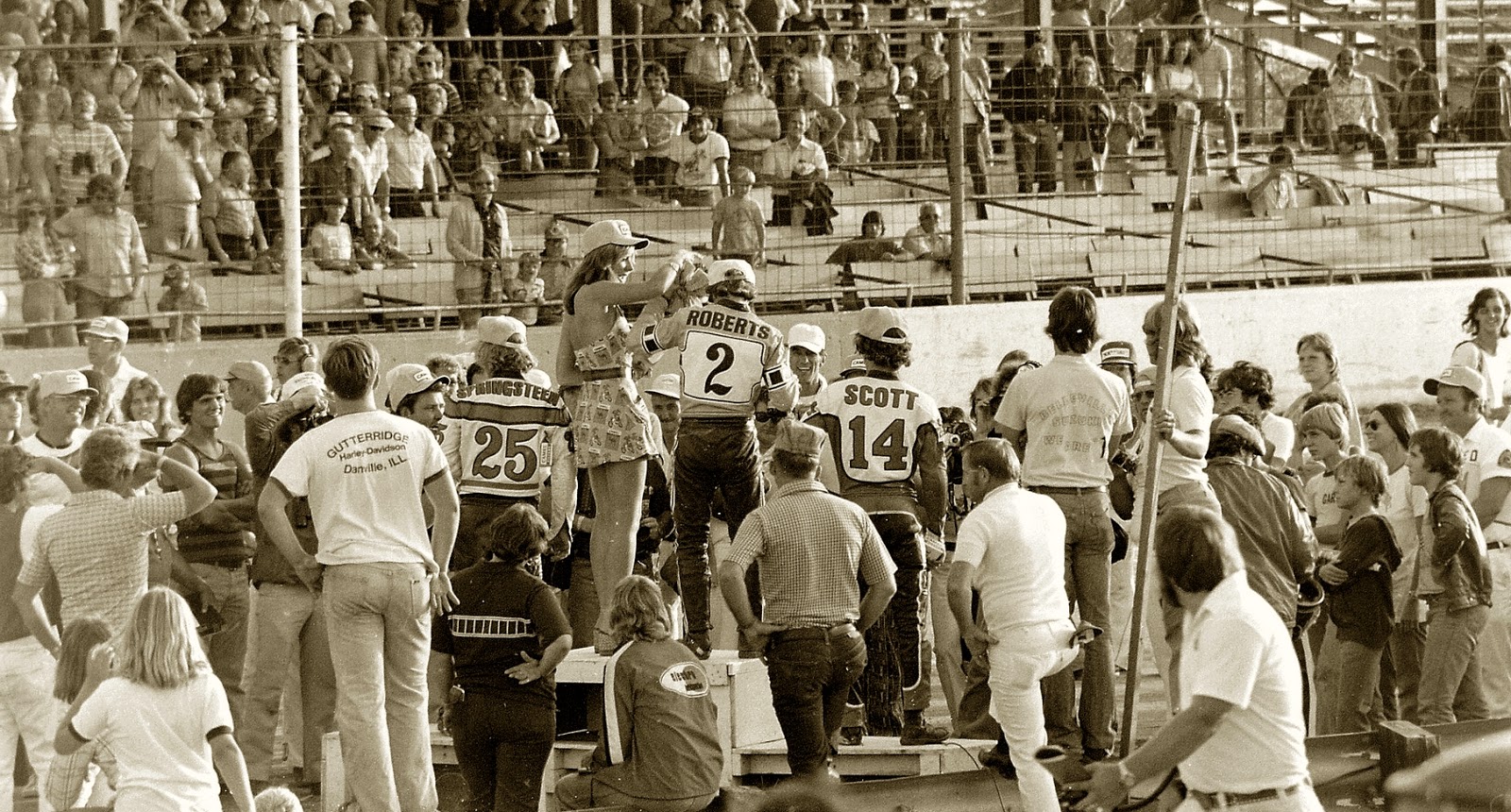 Back in the early-mid '70s when I found the great sport of AMA Pro Flat Track and the AMA Grand National Championship (thanks to a great friend from the day, my motorcycle racing mentor Dick Jones), Camel cigarettes had just started sponsoring the Grand National Championship in what started as a three race pilot project to sponsor what was then known as the Camel Pro Series.

One of my very first races that I attended in September of '74 was one of those original Camel-sponsored races at the Terre Haute Action Track, located off of Highway 41 just south of Interstate 70 in the community of Terre Haute, Indiana, approximately 70 miles west of my home in Indianapolis.

What made finding this great sport even better and more special then I ever could have imagined, was watching Kenny Roberts on his Yamaha factory/Shell Thuet-tuned XS650-based flat tracker take 2nd-place to winner Cliff 'Corky' Keener (on one of Bart Markel's Harley-Davidson XR750s), and Dave 'Bones' Aldana taking the factory Norton to 3rd-place in what was the first half-mile race I ever attended. It was also the day that Roberts captured his second AMA Grand National Championship as a result of his 2nd-place finish.

As a result of what Camel considered a grand pairing, they went on to sponsor the whole schedule beginning with the '75 season, and what lasted into the early '90s (with a couple of years mixed in with Winston as the title sponsor) and turned the greatest form of two-wheeled racing into what is now considered the heydays of the Grand National Championship.

One of the brightest spots in those early years was Camel's 'trophy girl' Lynn Griffis, who represented the brand and the racing community in a grand way, and as noted by unofficial racing historian Larry Lawrence in this week's Archives column in Cycle News, made her 'The Most Memorable Miss Camel' along the way.

Ms. Griffis was a wonderful sight for a young lad such as myself, having just turned 18 and who not only lusted after the great racing afforded at every single moment when the bikes were on the track (and off), but after the beautiful woman that she was in gracing the racing community with not only her presence, but with her warm and welcoming attitude.

In the 1st shot above, the Sante Fe Speedway track announcer talks with Sante Fe Short Track AMA Grand National winner Hank Scott in August of '75 after former AMA National #14 Scott took the win on his Shell Thuet-tuned Shell Racing Specialties Yamaha 360 at one of the greatest short tracks I have ever had the pleasure of attending just outside of Chicago. Thuet is mostly obscured, in white shirt, behind Ms. Lynn Griffis, the Camel 'trophy girl' to Hank's left, and 3rd-place finisher Steve Freeman #68C to her left.

This was the first of many short tracks I have attended in my over five decades of watching and attending the great sport of the AMA Grand National Championship, and needless to say was one of the greats with one of my all-time favorite riders having just captured the win on a hot August night many moons ago.

In the 2nd shot above, Ms. Griffis helps The King, Kenny Roberts, celebrate at the Terre Haute Action Track in August '76 after KR had just scored the win on the half-mile over runner-up Jay Springsteen and 3rd-place finisher Hank Scott in what was the second-best half-mile race of the season (the first being the Columbus Half-Mile earlier in the year in which Springer turned the tables on The King in a fight that went down to the finish between the two racing icons.) Many of you may remember this shot from some of my previous articles here on Stu's Shots, and it has also appeared in print in the March/April 2012 issue of Inside Motorcycles. Also seen in this shot (far left, center, with hat on) is former Harley-Davidson factory team manager Dick O'Brien, who was Springer's boss in what was his first year as a factory Harley-sponsored racer and in what was his first of three in-a-row AMA Grand National Championship-winning seasons.

Needless to say, those were (and still are to this day) some of the best moments of my life that I have had the great privilege of being able to attend and get behind the scenes of, and in those days it was as much of a magical experience being able to take it all in as a young lad and still remains so to this day.

So enough with my ramblings of my youth long past (and still relived at every race I can still attend to this day), so take the time to check out Double L's great column from this week's CN about the lady that was a huge presence and who made her wonderful mark on the flat track racing community, and on a young kid who was fortunate enough to find what is still the best racing on wheels in the world.

Read on here! And thank you Grif (Lynn) Griffis for all you did to support the great sport of the AMA Grand National Championship, and for leaving long lasting (and lusting) thoughts on this once young kid! 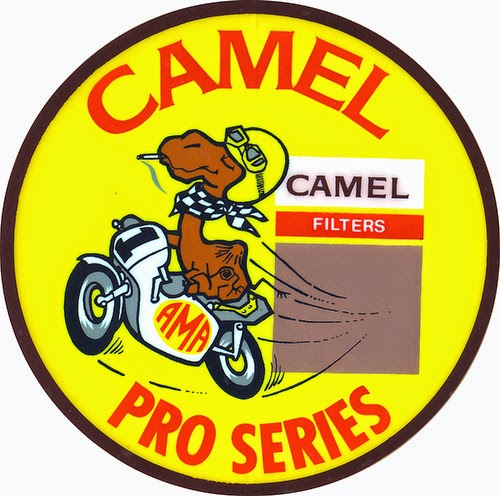