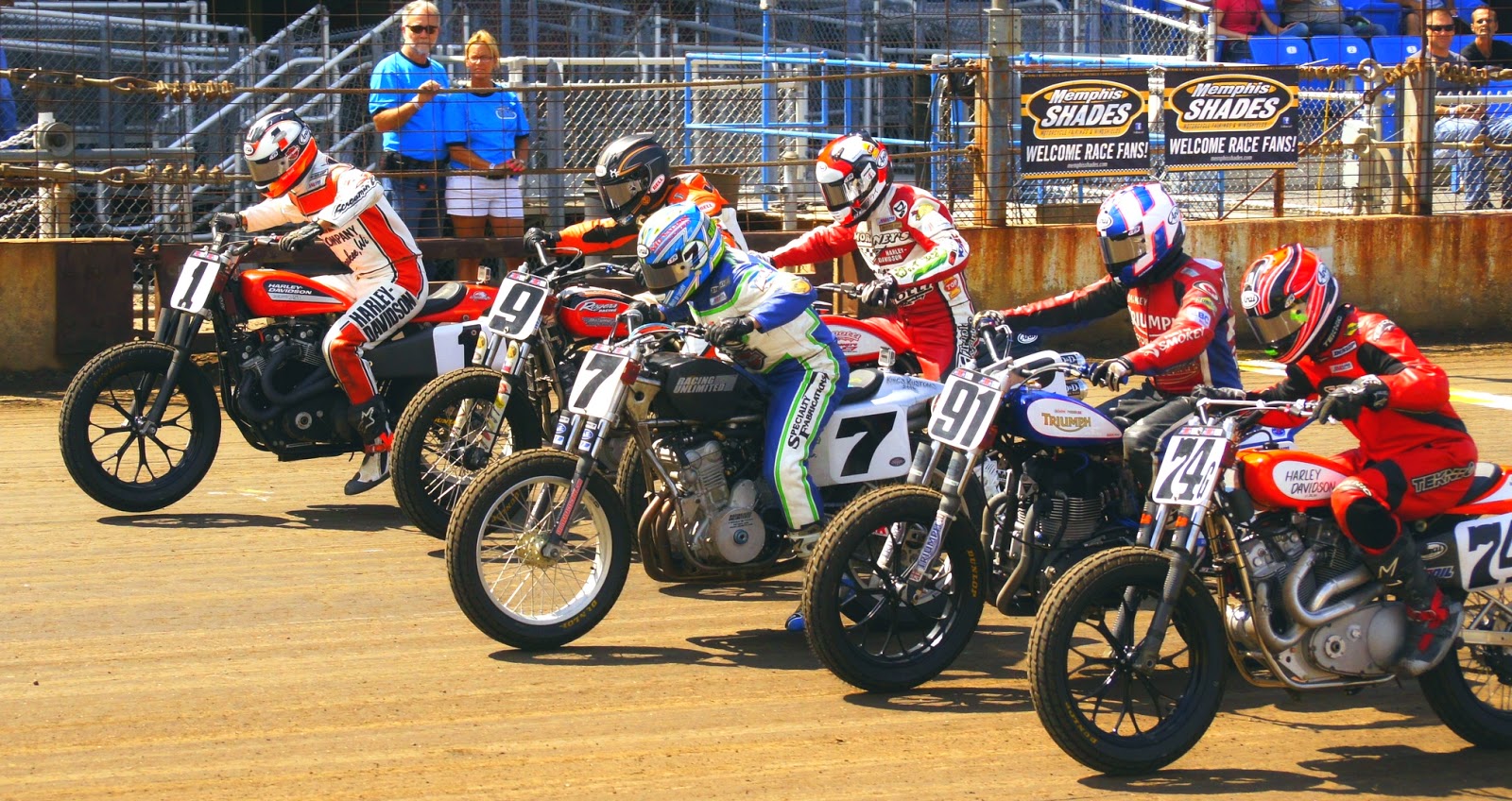 In the shot above, racing gets underway in heat race #1 at the Springfield Mile II during round 14 of the 2014 AMA Pro Flat Track Grand National Championship at the Illinois State Fairgrounds over the Labor Day weekend as the season winds down.

Former National #26 & 62, Duma has been a big help to the Grand National Championship series with his sponsorship, and has also helped and sponsored the Lloyd Brothers Motorsports team over the course of the last few seasons, both officially and unofficially. Without a major title sponsorship, Duma's help with the awarding of the Grand National Championship prize is a big shot to whomever will capture this year's crown, and is much appreciated by all for his dedication to the sport he has known and loved for decades.

Check out AMA Pro Flat Track's official release below as we also give a big 'thanks' and tip of the helmet to Thom Duma for coming back on board again for the upcoming season. You rock dude!