PICKERINGTON, Ohio -- December 12, 2014 -- Representatives from the American Motorcyclist Association, MotoAmerica and seven regional and amateur road racing organizations met at AMA headquarters on Thursday, Dec. 11, to discuss ways they can work together to improve road racing in America.

"The AMA is committed to creating a brighter future for all levels of road racing competition," said AMA President and CEO Rob Dingman. "MotoAmerica is demonstrating exceptional dedication with respect to the professional national and continental championship series. This meeting was an important step to extend that level of collaboration to the grassroots level, where tomorrow's stars will get their first taste of competitive road racing."

"Our goal is to create a better path from the amateur ranks to national championship competition and, ultimately, to help American riders ascend to the MotoGP World Championship," said Rainey, a three-time world champion and an AMA Motorcycle Hall of Famer. "That work begins at the club level. The more cooperation and standardization that we can create across the board, the easier it will be for amateur racers to one day become pros in MotoAmerica." 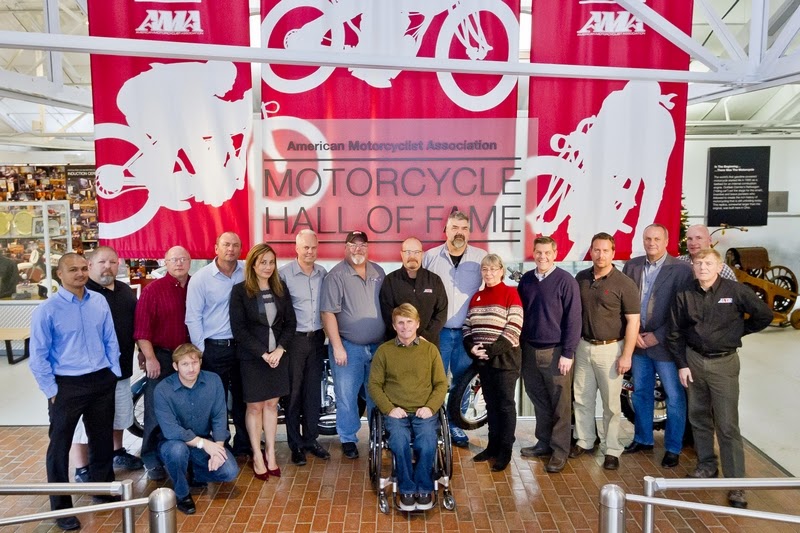 Askland reported that the industry has expressed ongoing support for MotoAmerica's progress. He asked the other organizations in attendance to work closely with the AMA to build a framework for long-term viability.

"We also want to create value for the sport," Askland said. "If all of our organizations can be aligned on key classes, develop standardized race procedures and work together to homogenize certain rules, the foundation will be in place for sustainable success."

MotoAmerica, with consultation of the AMA, is responsible for maintaining a competitive and commercially viable class structure, drafting the rules of competition and event procedures, selling series sponsorships, negotiating with tracks, processing crew and media credentials, and engaging with fans.

The AMA will announce licensing criteria and procedures soon at www.americanmotorcyclist.com.

Founded in 1924, the AMA is a not-for-profit member-based association whose mission is to promote the motorcycle lifestyle and protect the future of motorcycling. As the world's largest motorcycling rights and event sanctioning organization, the AMA advocates for riders' interests at all levels of government and sanctions thousands of competition and recreational events every year. The AMA also provides money-saving discounts on products and services for its members. Through the AMA Motorcycle Hall of Fame in Pickerington, Ohio, the AMA honors the heroes and heritage of motorcycling.