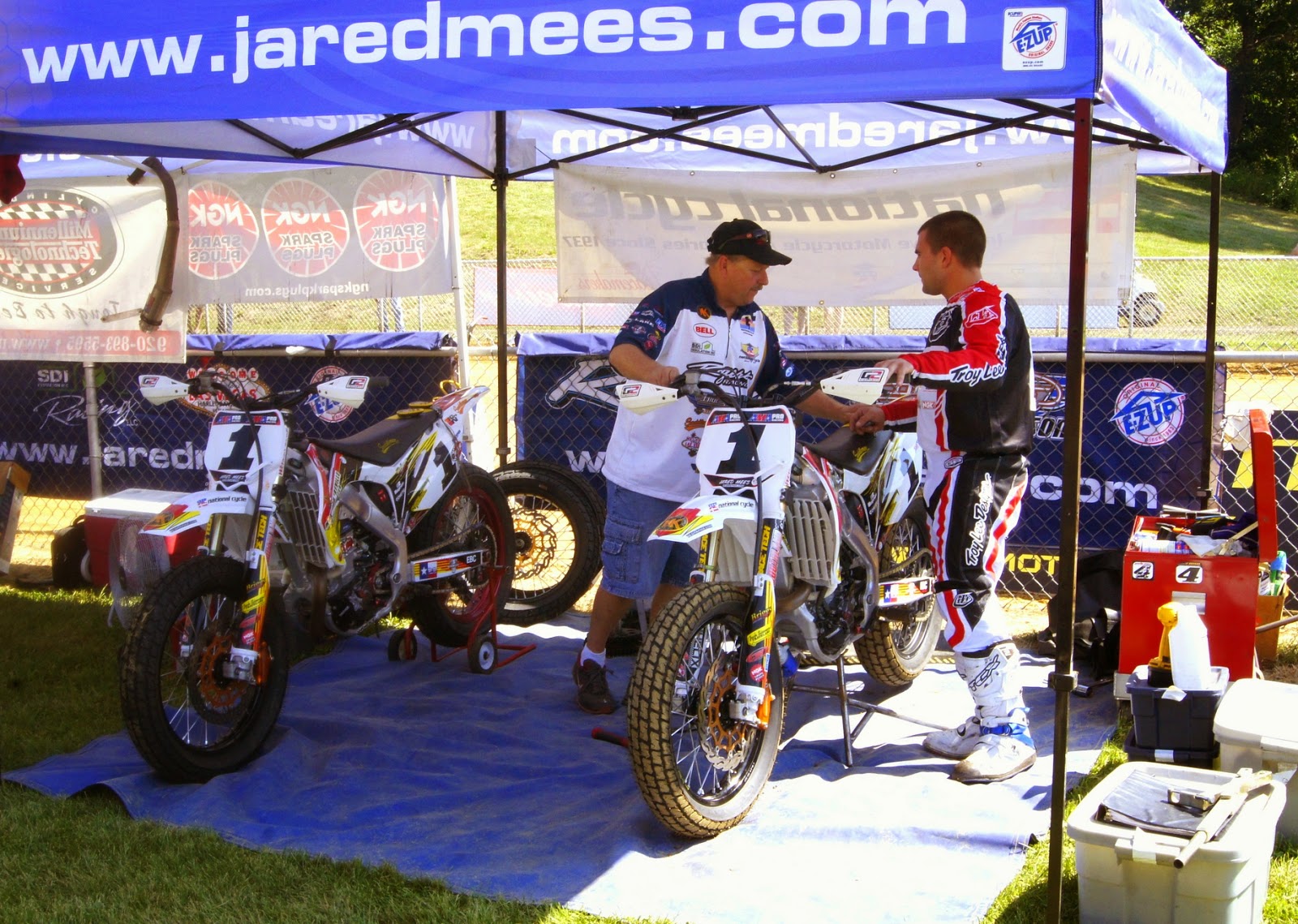 2014 AMA Pro Flat Track Grand National Champion Jared Mees ended up with the best finish of the American contingent of riders that headed across the pond to contest the 2nd annual Superprestigio Dirt Track Race held in Barcelona, Spain yesterday. Mees won all of his heats races in order to punch his ticket to the main event, but came up just shy of equaling 2013 AMA Grand National Champion Brad Baker's inaugural win in the event held in January. Double MotoGP World Champion Marc Marquez was able to take the win after crashing out of last January's event while battling with Baker for the lead.

Mees, Shayna Texter and Baker were all great representatives at the event for the American-based AMA Pro Flat Track Grand National Championship series, but Baker crashed early in the day during one of the practice sessions that saw the former champ take a nasty highside and dislocate his shoulder. Texter wasn't able to qualify through the hectic system in order to represent the Americans in the main event, but American Kenny Noyes, fresh off winning the 2014 FIM CEV International Superbike Championship, was able to bring his ride home in 3rd-place to round out the podium and show the world his title in Spain's high-ranking road racing series was not only not a fluke for the popular rider, but that he hadn't forgotten his flat track skills along the way.

In the shot above, Mees and tuner Kenny Tolbert put the finishing touches on changes to The Jammer's Honda CRF450R 'A' bike in the #1 Montgomeryville Cycle Center/National Cycle/Rogers Racing-sponsored pit area between the practice session and qualifying sessions held at the Peoria TT on August 11, 2013.

A big congrats to The Jammer, Jared Mees for a stellar 2nd-place finish, to 2013-14 MotoGP World Champion Marc Marquez for taking the victory in Barcelona yesterday, and to all of the contestants and representatives of the United States for giving it their all in one of the premier 'off-season' events of the year!