DAYTONA BEACH, Fla. (May 24, 2013) - In coordination with longtime GEICO Motorcycle AMA Pro Road Racing event promoter M1 PowerSports and in conjunction with the recent release regarding their plans for 2013, AMA Pro Racing announced today a revision to the 2013 schedule. 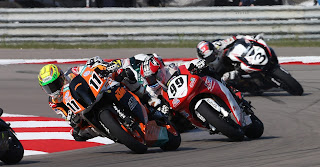