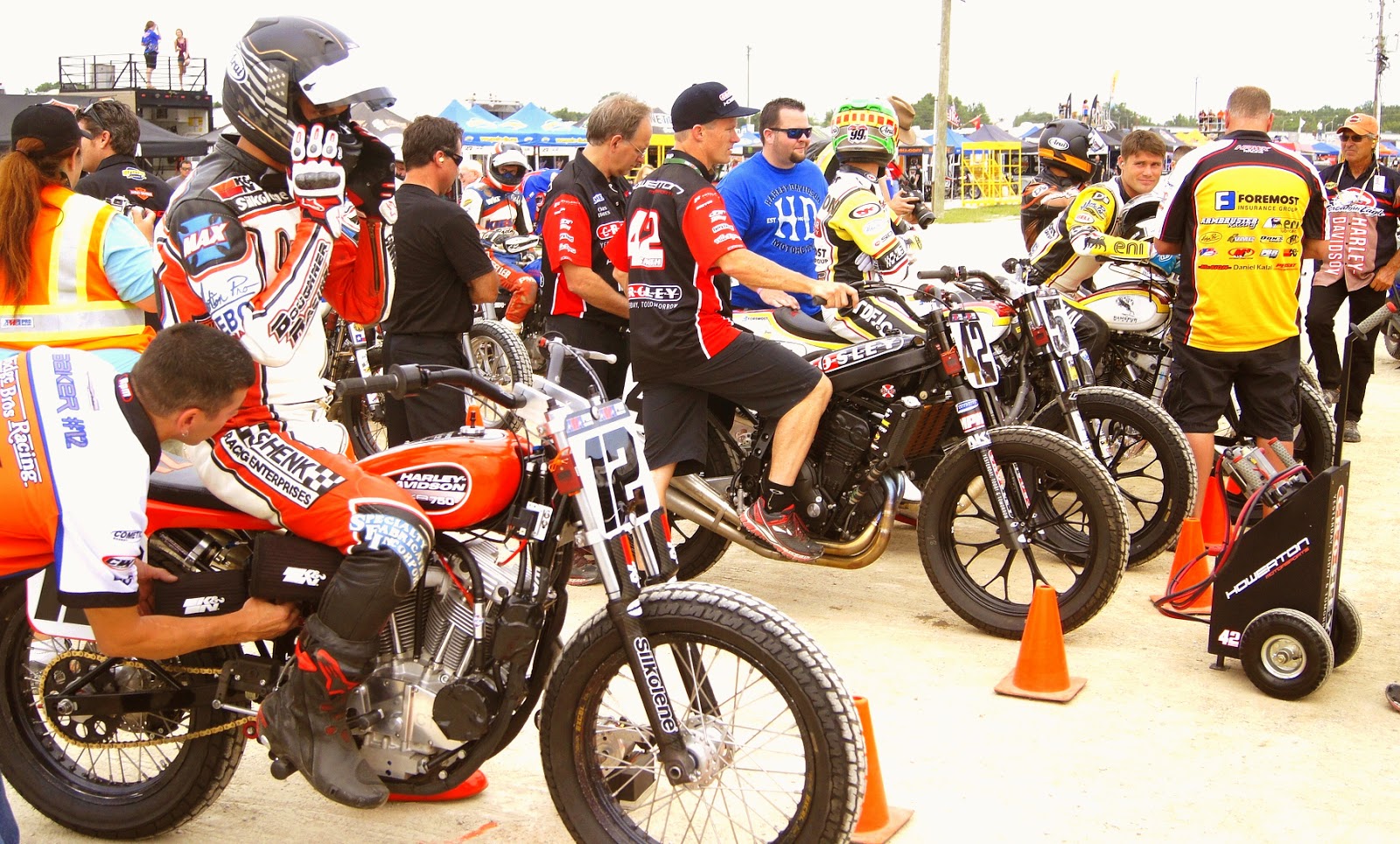 Round 10 of the 2014 AMA Pro Flat Track Grand National Championship at the Indy Mile on Friday, August 8 is now just three months off, and Family Events, the promoters of the annual stop at the Indiana State Fairgrounds-hosted event has released the event poster for this year's stop alongside the Indiana State Fair and the weekend of the 7th Annual Red Bull Indianapolis MotoGP at the Indianapolis Motor Speedway. Ticket sales for this year's event were announced last month by the great people at Family Events.

This year's poster again features another fine shot by Brent Pierce of BTP Photography, one of the mainstay shooters of the Midwest stops on The Rolling Thunder Show. Pierce's work has been featured in many of the sport's promotional shots as well as several trade and industry publications. Many of you may remember Brent's shot of Jake Johnson on the #1 Zanotti Racing XR-750 from the 2012 season being used on last year's Family Events' promo posters as well.

In the shot above, riders get ready to roll out for the first round of practice at round 8 of the 2013 AMA Pro Flat Track Grand National Championship at the Indy Mile on August 17.

Jake Johnson, in his debut on the #5 Lloyd Brothers Motorsports/Ramspur Winery-backed Ducati, can be seen looking over his left shoulder while team crew chief and master wrench spinner Brent Armbruster sends some last minute texts to advise the team's friends and family to hurry and get to the track for the great racing coming up in the evening ahead. Team mate Henry Wiles appears calm and relaxed with the overall atmosphere while ready for battle on the #17 Lloyd Brothers Motorsports/Ramspur Winery-backed and owned H-D XR-750.

Kenny Coolbeth, Jr. readies himself on the #2 Harley-Davidson Motor Company/Screamin' Eagle-sponsored factory XR-750 while his Dad, KC, Senior, stands by alongside. And on the back row, Jeffrey Carver, Jr. can be seen on the #23 Kiesow Racing/Eddie Adkins-sponsored XR-750, just over Howerton Motorsports' Glidden's right shoulder.

Check out the great event poster below for the Indy Mile in August, as we all gear up for the next round of racing coming up in just 15 days from round 3 of the 2014 AMA Pro Flat Track Grand National Championship season at the Springfield Mile I on May 25. We're just about set to go racing for the bulk of the great schedule in this year's greatest racing series on two wheels in the world!


Event poster courtesy of Leah Burdette and Family Events, the promoters of the legendary Indy Mile on Friday, August 8, 2014 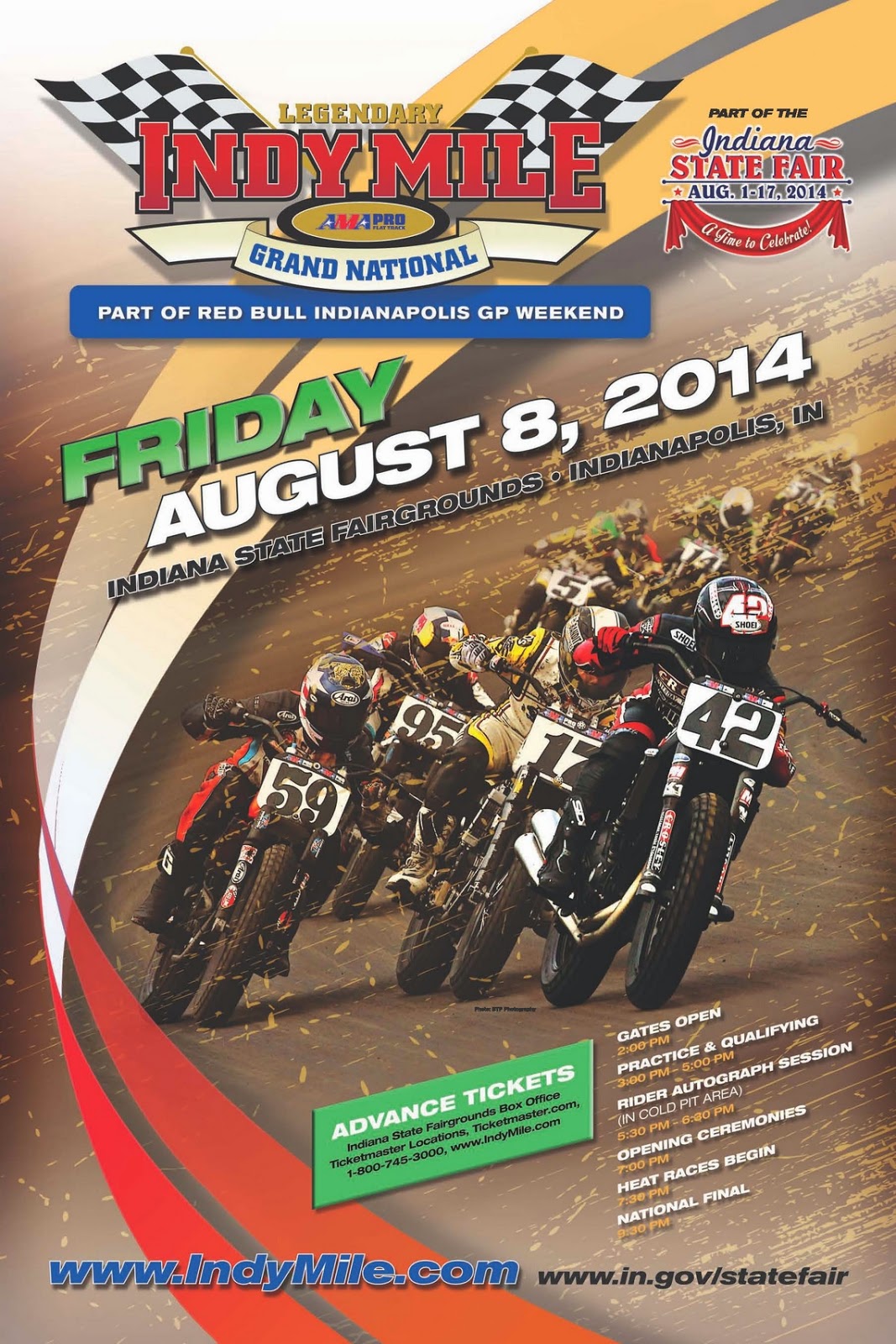