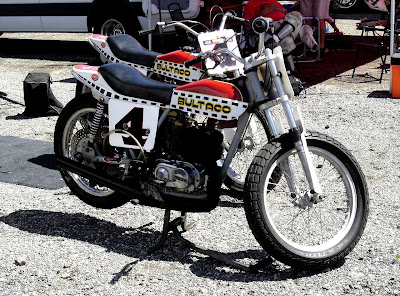 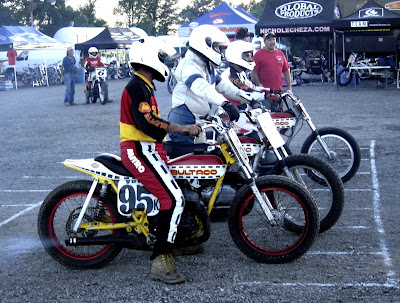 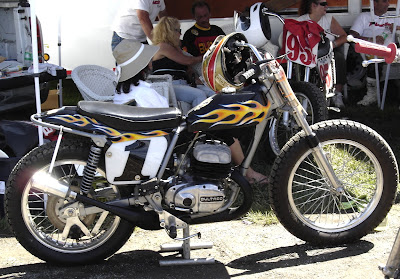 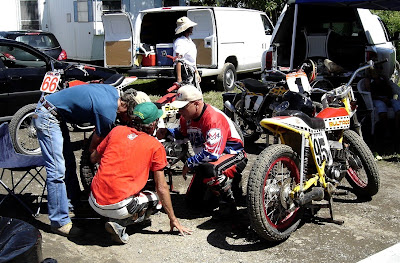 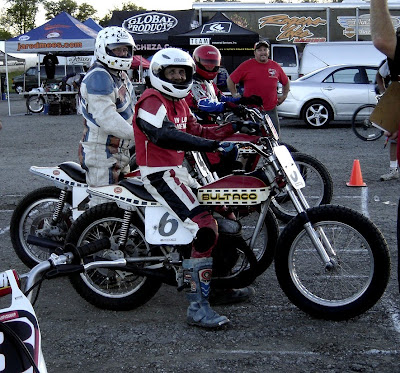 Special thanks go to Art 'The Dart' Randall/Kilroy's Sports Bar in St. Louis for bringing in his stable of fine looking machines for some of the guys to ride and Wayne Hosaka of FlatTrack.com who put up the winner's purse money for the race. Take a bow gentlemen, you deserve it for making this neat little race a possibility for everyone to enjoy

We hope that sometime again in the future that we'll get another chance to see these great vintage machines as part of the AMA program fill-in. The evening made for a great time and waxed nostalgia for those of us who remember the shrieks of the old chain saws! And we thank all of those involved for making this event possible!!